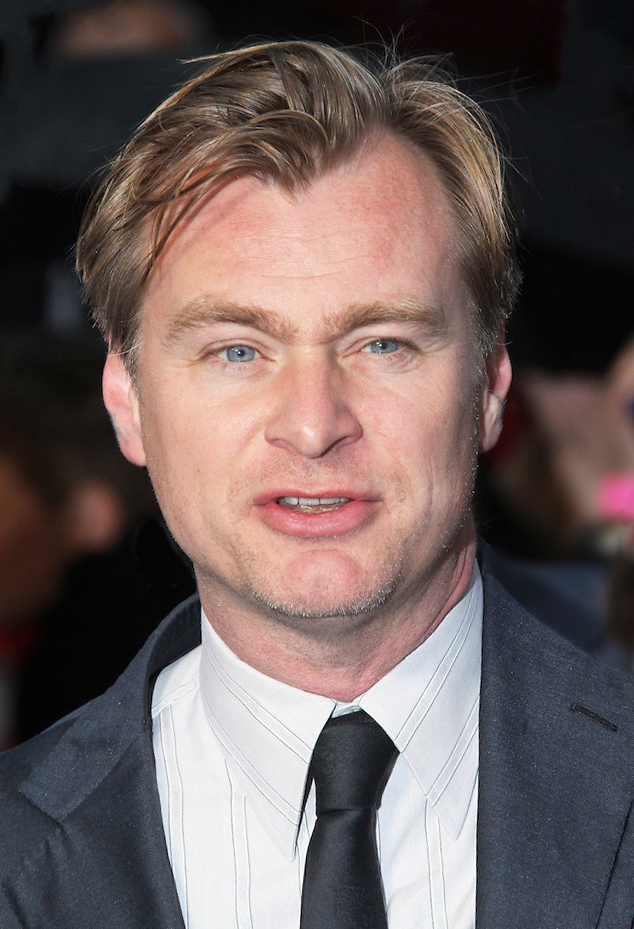 Christopher Nolan is a screenwriter, director and film producer.  He was born in London, England on July 30, 1970.  Papa Nolan was an advertising executive and named Brendan.  Christopher’s mother was Christina.  She was an American flight attendant and school teacher.  Nolan has two brothers and split his childhood between the United States and England.  He holds a dual citizenship.

Star Wars and the work of Stanley Kubrick and Ridley Scott were early influences.  Chris started making shorts with a Super 8 camera and action figures at the age of seven.  His family helped him with the production.  Nolan attended Barrow Hills prep school (Surrey, England) in 1981.  He was eleven years old at the time and decided that he wanted to make films for a living.  He continued to fool around with 8 mm film with his classmates.

Time passed and Christopher Nolan enrolled at Haileybury and Imperial Service College.  He finished his degree in English literature at University College London.  He chose a degree parallel to film to broaden his skill set and gain exposure to new ideas.  Movies were still at the forefront of his passion.  Nolan was the president the college Film Society.  In 1993 he completed his degree and was hired as a camera operator and script reader.

Two years later he started to work on his short film Larceny.  The shooting was completed over a single weekend with a skeleton crew and cast.  The finished product was presented at the Cambridge Film Festival in 1996.  The reception was positive.  Christopher attempted to create a full-length film named Larry Mahoney, but the project was cancelled.  It was the first of several that would go stagnant.  Another short titled The Doodlebug was released in 1997.  A year passed and he had his feature.

Following (1998) was directed, edited, photographed and written by Nolan.  The plot involved a writer tailing random strangers to provide content for his first book.  The protagonist is drawn into London’s criminal underworld by accident.  The noir film was made with a six-thousand-dollar budget.  It won numerous festival awards and was added to The Criterion Collection in 2012.  Memento debuted in 2000.  Carrie-Anne Moss and Guy Pearce were cast as the leads.  It premiered at the Venice Film Festival and grossed around forty million dollars worldwide.   The pundits loved it.  Christopher Nolan had arrived.  The Library of Congress included Memento in the United States National Film Registry in 2017.

The director Steven Soderbergh convinced Warner Bros. to hire Nolan for their thriller Insomnia (2002).  The recommendation was effective.  The picture earned over one hundred million dollars against a forty-million-dollar budget.  The success allowed Chris to create a new Batman film.  He approached Warner Bros. and pitched the idea with the setting of a classical drama.  Batman Begins premiered in 2005.

Christian Bale played the lead.  Gary Oldman, Morgan Freeman, Liam Neeson and Michael Caine handled the rest.  The dark and contemporary take on the franchise received universal praise.  Batman Begins was the eighth highest grossing film of the year.  It was nominated for Best Achievement in Cinematography at the Academy Awards.  It lost.  Christopher Nolan directed The Prestige (2006) a year later.  The movie was based on Christopher Priest’s novel of the same name.  It was a commercial triumph and earned two more Academy Award nominations.

The Dark Knight premiered in 2008.  The Batman sequel took the audience deeper into the emotional dystopia of Gotham City.  The box office imploded and the opus earned over one billion dollars globally and eight Oscars nominations.  Two were won for Best Sound Editing and Best Supporting Actor.  The Dark Knight was preserved by the Library of Congress in 2020.  Chris pivoted to science fiction in 2010.  Inception was nominated for another eight Oscars and won four.  Leonardo DiCaprio led the A-list cast.

The Dark Knight Rises concluded the trilogy in 2012.  It grossed over a billion dollars and Christian Bale retired the cape.  Nolan returned to science fiction two years later for Interstellar.  Steven Spielberg was initially attached as the director. He dropped out after his production studio (DreamWorks) moved to Disney and Chris took the reins.  The film won the Academy Award for Best Visual Effects.

Christopher Nolan served as an executive producer for Batman v Superman: Dawn of Justice (2016) and Justice League (2017).  Zack Snyder (Watchmen and 300) directed both.  He returned to the screen in 2017.  The World War II motion picture Dunkirk became one of the highest-grossing films about the era.  The director received his first nomination for Best Director and lost.  Tenet was shown to audiences in 2020.  It was profitable and the reviews were mixed.  A J. Robert Oppenheimer biopic about the atom bomb (Oppenheimer) is scheduled for 2023.

“You’re never going to learn something as profoundly as when it’s purely out of curiosity.”