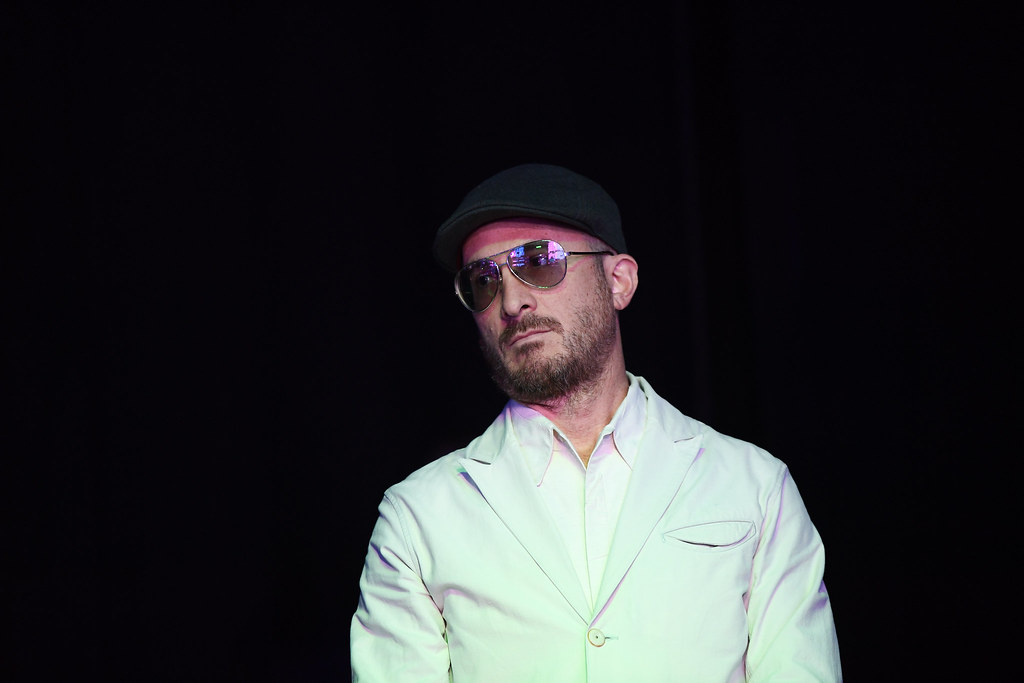 Darren Aronofsky is an American screenwriter, director and producer.  He was born in Brooklyn, New York on February 12, 1969 and grew up in Manhattan Beach.  Darren graduated from Edward R. Murrow High School (1600 Avenue L Brooklyn, New York 11230) and has one sister named Patti.  He attended countless Broadway performances in his youth.  The exposure ignited his interest in show business.

Aronofsky studied field biology in Kenya in 1985 and in Alaska a year later.  He enrolled into Harvard University when he turned eighteen.  He studied film and majored in social anthropology.  Darren earned his degree in 1991.  He completed his MFA at the AFI Conservatory in 1992.  He was awarded the Franklin J. Schaffner Alumni Medal for his work.

Time passed and he began working on his first feature film.  Pi was shot at the end of 1997.  Financing was secured through one-hundred-dollar donations that totaled sixty thousand dollars.  It debuted at the 1998 Sundance Film Festival and won the award for Best Director.  It received a nomination for a special Jury Award.  The rights were purchased by Artisan Entertainment for one million dollars.  It grossed over three million at the box office to critical acclaim.  Pi was the first film released for internet download.

The success greenlit Requiem for a Dream.  It was based on Hubert Selby Jr.’s novel Requiem for a Dream (1978).  Darren Aronofsky was paid fifty thousand and given a budget of three million five hundred thousand dollars.  The same team from Pi worked for almost three years to complete it.  Jared Leto was the star.  Clint Mansell composed the soundtrack.  The movie released in 2000 and made over seven million worldwide.  Ellen Burstyn was nominated for an Academy Award for Best Actress.  She lost.

Brad Pitt and Cate Blanchett were cast in his next project.  Cate’s pregnancy delayed the production.  The official title was unnamed.  Warner Bros. dished out a seventy-million-dollar budget and Pitt dropped out on the first day of shooting.  The Fountain was paused.  Warner resuscitated the film with half the budget in 2004.  Rachel Weisz and Hugh Jackman were hired.  It came to theaters in 2006 and was met with polarizing reviews.

Aronofsky was hired to work on The Fighter (2010) in 2007.  He left to make The Wrestler (2008) with Nicolas Cage, who eventually was replaced.  Mickey Rourke was cast instead.  The premiere was at the 65th Venice International Film Festival.  The Wrestler came in under the radar and left with the Golden Lion, the highest award.  It was nominated for SAG, BAFTA, Golden Globe and Academy Awards.  Rourke won a Golden Globe.  The movie grossed close to forty-five million against a six-million-dollar budget.

Natalie Portman and Mila Kunis joined the cast of the psychological horror film Black Swan (2010) a year later.  It opened at the 67th Venice Film Festival to a standing ovation.  It earned over three hundred million and the awards came flying in.  Darren was nominated for Best Director at the Golden Globes and Black Swan received five nominations at the Academy Awards.  Natalie Portman won Best Actress.

Noah secured funding in 2012.  Russell Crowe was hired for the lead role.  A graphic novel of the story was published in French a year earlier.  Anthony Hopkins, Jennifer Connelly and Emma Watson joined the biblical epic.  It opened worldwide in 2014 and made three hundred sixty million dollars.  There were no live animals used in the production.  Mother!, stylized as mother!,  dropped in 2017 with Jennifer Lawrence and Javier Bardem as the leads.  Ed Harris, Kristen Wiig, Domhnall Gleeson and Michelle Pfeiffer rounded out the supporting cast.  The ultraviolent metaphorical picture received diverse reviews from the pundits.  The Whale is set to release in 2022.

Rachel Weisz and Aronofsky started dating in 2001 and were engaged four years later.  They had a son in 2006 and separated in 2010.  He dated Jennifer Lawrence during the filming of Mother!.  The relationship ended in 2017.  He is an environmental activist and has worked on several relevant ventures that include a project with Leonardo DiCaprio.  Aronofsky was the President of the Jury at the 68th Venice International Film Festival and the 65th Berlin International Film Festival.  Darren continues to write and direct today.

“As filmmakers, we can show where a person’s mind goes, as opposed to theater, which is more to sit back and watch it.”