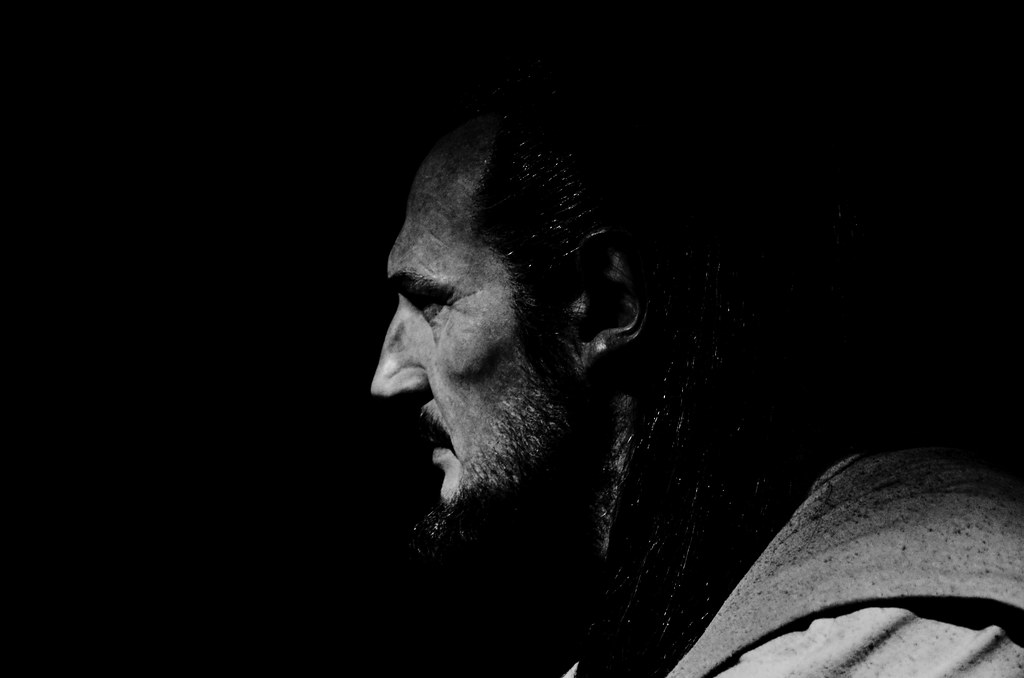 Star Wars: Episode I – The Phantom Menace was written and directed by George Lucas.  The science fiction film landed in theaters in 1999.  It was produced by Lucasfilm Ltd. and distributed by 20th Century Fox.  The Phantom Menace is the fourth film in the Star Wars series and the first of the prequel trilogy.  The movie grossed over nine hundred million dollars and was the most successful film during its release year.  A three-dimensional reissue of the project earned an additional one hundred million dollars, pushing the total box office over one billion.

The story begins thirty-two years before the plot of Star Wars: Episode IV – A New Hope.  The Trade Federation and the fringe systems of the Galactic Republic are in the middle of a trade disagreement.  The planet Naboo is under siege.  The Supreme Chancellor Finis Valorum dispatches the Jedi Master Qui-Gon Jinn and his Padawan Obi-Wan Kenobi to intervene.  The Jedi boys board the Federation’s ship and get down to business.  The Viceroy Nute Gunray talks with Darth Sidious and is ordered to invade Naboo and kill the pair of Jedi.  Sidious appears to be insidious.

Big Nute is unscrupulous too.  He locks Jinn and Kenobi in a room and unleashes poison gas.  The fumes spread and the Viceroy destroys the good guy’s ship.  The Jedi escape and track Gunray.  He hides behind some blast doors.  Battle droids appear.  Lasers go pew, pew…pew and some lightsabers are swung.  The Jedis advance.  Destroyer droids arrive.  The Jedis flee.  They sneak onto some Federation landing crafts bound for the surface of Naboo.

Queen Amidala reaches out to the Viceroy and expresses her concern.  Gunray offers his condolences and says the blockade was approved by the Senate.  She asks about the Jedi ambassadors.  Nute claims that the boys never arrived. The Queen grows suspicious.  Communication with Naboo is cut off.  Amidala contacts Senator Sheev Palpatine in response.  He confirms that the ambassadors landed before his hologram fails. The Governor of Naboo Sio Bibble senses an invasion is imminent. The phantom menace.

Qui-Gon Jinn saves Jar Jar Binks from immediate peril.  Obi-Wan enters while fleeing the enemy.  Jinn crushes the pursuers.  Jar Jar leads the Jedi to Otoh Gunga an underwater Gungan settlement.  The Trade Federation capture Theed, the capital of Naboo.  The government and Queen Amidala are imprisoned.  The trio plead their case to the Gungan leader Boss Nass.  Nass refuses to help, but lends them a submarine.  The boys escape several sea creatures and surface.  They save Amidala.  Everyone flies towards the planet Coruscant.  Their starship is damaged during the exit.  R2-D2 repairs the ship during the onslaught and death is avoided.

The ship lands on Tatooine after they discover that the hyperdrive is damaged.  The Jedi meet Anakin Skywalker while looking for a hyperdrive generator.  The boy works for a junk dealer named Watto.  Big W has the parts for the drive.  The Jedi do not have the cash.  Qui-Gon Jinn senses the force overflowing in Skywalker.  He decides he could be the Chosen One from an ancient prophecy.  Jinn draws Anakin’s blood and runs some tests.  The midi-chlorian reading breaks the chart.

Time passes and Anakin wins a podrace.  Qui-Gon wins a bet and the hyperdrive parts.  The starship is repaired.  Darth Maul attacks the two Jedi before they leave.  The good guys escape and make it to Coruscant.  Everyone eats croissants.  Jinn reports to the Jedi Council and says that the attacker was a Sith.  He asks to train Anakin as a Jedi.  The council refuses because the boy is too old according to the Jeid Code.  Senator Palpatine meets with Queen Amidala.

The Senate refuses the Queen’s plea.  She calls for a Vote of No Confidence.  Palpatine is one of the candidates.  Time is running out.  She decides to return to Naboo to repel the assault.  The Jedi Council sends Kenobi and Jinn to escort her.  Jar Jar helps them broker an alliance with the Gungans and Boss Nass on Naboo.  Darth Sidious orders Gunray to destroy everyone.  The good guys prepare for battle.

The fight begins.  The Gungans serve as the distraction.  They are able to stall the Federation’s army for some time.  The battle sours.  Anakin accidently wreaks havoc on the Droid Control ship from the inside.  The droids are rendered useless.  The Gungans celebrate.  Darth Maul lights up a double-sided lightsaber in a hanger bay.  The Sith attacks the pair of Jedi.

The duel continues along a series of catwalks.  Sparks fly.  The mood intensifies.  Obi-Wan is separated from the fray.  He returns to the action.  A forcefield slows his advance.  Maul wounds Jinn.  Kenobi is sad.  The Jedi cuts the Sith’s lightsaber in half.  Kenobi is mad.  Maul knocks him into the abyss.  Obi-Wan has wan chance to break the fall.  He is successful.  He recovers and uses the force to grab his master’s lightsaber.  The green laser sword bisects the Sith lord.  The torso and not the torso tumble away.  Jinn tells his protégé to train Anakin.  He says he will.  Jinn dies.  Kenobi drinks a glass of gin to honor his memory.  The liquor is cold.  The air in the hanger is colder.

Palpatine congratulates Amidala.  Nute is arrested.  Naboo is safe.  Yoda promotes Obi-Wan to Jedi Knight and talks to Samuel L. Jackson.  The two Jedi Masters talk about the missing Sith.  A celebration begins in the streets of Theed.  Anakin becomes a Jedi Padawan.  The Queen gives Boss Nass a gift.  Everyone is elated.  Star Wars: Episode I – The Phantom Menace ends.

2 comments on “Star Wars: Episode I – The Phantom Menace”