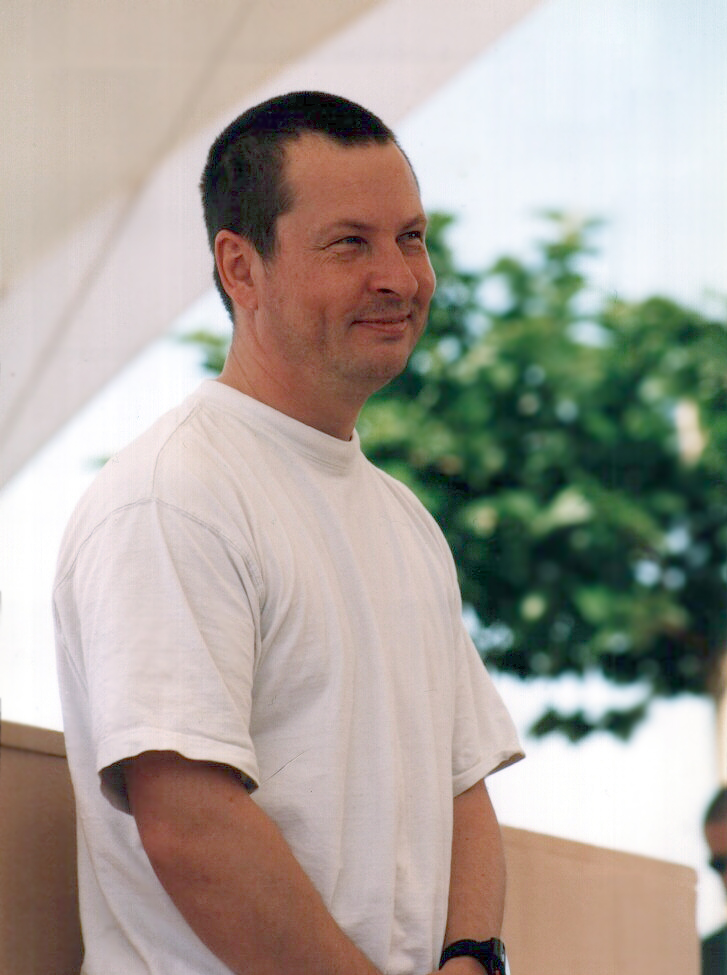 Lars von Trier is a controversial screenwriter and director.  He was born as Lars Trier on April 30, 1956 in Kongens Lyngby, Denmark near Copenhagen.  His parents were Fritz Michael Hartmann and Inger Høst.  Lars von Trier adopted the surname of his mother’s husband Ulf Trier.  Ulf was his assumed biological father until 1989.  The “von” that dissected his name was adorned in school.  It had roots in German nobility and was an homage to other directors.

Lars attended the University of Copenhagen with a focus in film theory.  He transitioned to the National Film School of Denmark and mastered film direction.  He won two awards at the Munich International Festival of Film Schools when he was twenty-five.  His winners were titled Last Detail and Nocturne.

The Element of Crime (1984) was the picture that put Lars von Trier onto screens worldwide.  The plot was slow and asymmetrical.  Layered storytelling and lurid visuals coalesced into a historical European allegory.  Twelve awards were won across seven film festivals.  The crowning achievement was the Technical Grand Prize at Cannes.  The movie was nominated for the Palme d’Or, but lost.

His success became the first in his Europa trilogy.  Epidemic followed three years later.  Europa concluded the arc in 1991.  It was molded from Franz Kafka’s novel Amerika (1927).  The panel at the 1991 Cannes Film Festival awarded the masterpiece three awards (Jury Prize, Technical Grand Prize and Best Artistic Contribution).  Europa failed to obtain the Palme d’Or once again.  The prize went to the Coen Brothers for Barton Fink.  Lars von Trier was dejected after the announcement and gave the panel the finger.  He proceeded to storm out.  He triered his best.

The director and producer Peter Jensen formed the production company Zentropa Entertainment in 1992.  The goal was to gain more creative control over von Trier’s projects.  Time passed and Lars wrote a cinematic manifesto with the Danish director Thomas Vinterberg.  The year was 1995.  The document spawned a movement.  It was known as Dogme 95.  The purpose was to take control from the studio and place it back in the hands of the filmmakers.

There were ten rules contained inside of Dogme 95.  They were simple…somewhat simple.  The first stated that shooting had to be done on location.  Props were not allowed.  If they were needed, the location needed to be rotated to a place that contained them.  The second said that sound must be tied to pictures.  Music needed to occur where the scene was shot.  The next declared that the camera was to be hand-held.  Number four restricted special lighting.  A sole light on the camera was acceptable.  The film would to be in color.  All filters and optical work were outlawed.  The ban was the fifth rule.

The sixth barred superficial action from the film.  It included weapons and murder.  The next placed the movie in the here and now.  Geographical alienation was forbidden.  Genre movies were as well.  Number nine announced the film’s format.  It had to be in Academy 35 mm.  The last dissolved the director from the art.  He or her would not appear in the credits.

The experiment was immersive and sparked Lars von Trier’s evolution.  It was displayed throughout his Golden Heart trilogy.  The films were Breaking the Waves (1996), The Idiots (1998) and Dancer in the Dark (2000).  The Idiots was the sole Dogme 95 purist.  The others were laden with the same principals, but took the artwork to a higher plane.  Confirmation was cemented at Cannes.  They both won the Palme d’Or.

Three years later Dogville (2003) was released.  Manderlay was finished in 2005.  They both fell into Lar’s Opportunities trilogy.  The third film is titled Washington and unreleased.  The movies are set on a bare sound stage with no decoration and full buildings.  The ethos is pulled from the actor’s talent and an homage to televised theater from the 1970s.  The Boss of it All was produced in 2006.  It was an experimental comedy shot with random, computer-generated camera angles.

Lars von Trier was blessed with insurmountable success.  Depression still seeped in.  His cathartic release was the Depression trilogy.  He took his handicap and created a three-part opus.  Antichrist was unveiled in 2009.  Melancholia came two years later.  Nymphomaniac (2013) followed after two more.  The subject matter and press circuits were abrasive, but the fallout placed von Trier in a small circle of film masters.  The House That Jack Built (2018) marked his return to Cannes.  Several audience members walked out of the film during the screening.  The rest gave it a ten-minute standing ovation.  Lars von Trier is not for everyone.  His art is built from everyone.

“True values entail suffering. That’s the way we think. All in all, we tend to view melancholia as more true. We prefer music and art to contain a touch of melancholia. So melancholia in itself is a value. Unhappy and unrequited love is more romantic than happy love. For we don’t think that’s completely real, do we?…Longing is true. It may be that there’s no truth at all to long for, but the longing itself is true. Just like pain is true. We feel it inside. It’s part of our reality.”