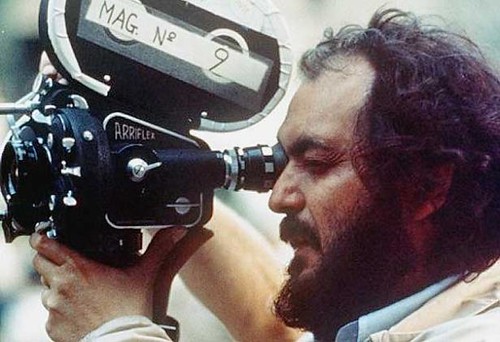 Stanley Kubrick was an American screenwriter and director.  He was born in Manhattan, New York City on July 26, 1928 and raised in the Bronx.  Sadie was his mother and Jacob (Jack) Kubrick was his papa.  He had one younger sister named Barbara.  Papa Kubrick was a physician and earned an honest income.

Stanley attended Public School 3 in the Bronx.  He transitioned to Public School 90 in the middle of 1938.  He was bright, but often skipped class.  Literature, chess and photography were his main interests.  Jack taught him the game of chess when he was twelve years old.  He continued to play throughout his life.  Stanley Kubrick turned thirteen and Jack bought him a Graflex camera.

Kubrick went to William Howard Taft High School.  He was selected as the official school photographer.  His grades were poor and he failed to get accepted into day session college courses.  He attended The City College of New York evening classes for a short time instead.  Stanley lost interest and supported himself by playing chess and selling photographs.

Look magazine hired him as an apprentice photographer in 1946.  He was quiet and talented.  The magazine sent him to Portugal to shoot a travel series in 1948.  They dispatched him to Florida to capture the Barnum & Bailey Circus during the same year.  A photo essay titled Chicago-City of Extremes was published in 1949.  Look released another essay of Kubrick’s named Working Debutante in 1950.  It featured Betsy von Furstenberg.

Stanley’s love for film increased during his years as a photographer.  He ended up quitting his job at Look and creating a short film about the boxer Walter Cartier.  It was called Day of the Fight.  He ended up selling it to a production company for a small return.  The experience itself was even more profitable and he made two more shorts called Flying Padre (1951) and The Seafarers (1953).  The later was his first movie shot in color.

Fear and Desire was Stanley Kubrick’s first feature film.  It was released in 1953 and written by Howard Sackler.  The original title was The Trap.  The movie was supposed to be a silent picture, but sound was added afterwards.  It was a failure at the box office, but received positive attention from the critics.  Sackler and Kubrick pivoted to a noir film called Killer’s Kiss.  The picture starred Irene Kane and was released in 1955.   The camerawork was lauded and the film was not profitable.

The producer James B. Harris and Kubrick met each other while playing chess in New York.  They created the Harris-Kubrick Pictures Corporation and moved to Los Angeles.  Their first project was The Killing.  It was released in 1956 and featured Sterling Hayden, Vince Edwards and Coleen Gray.  The Killing was not properly released, but it gained mainstream attention.  Metro-Goldwyn-Mayer (MGM) was enthralled and hired Stanley and James to direct Paths of Glory (1957).

The World War I movie was shot in Germany and showcased Kirk Douglas as the lead.  It was a success and turned a significant profit.  Douglas reached out to Kubrick in 1959.  He wanted him to direct Spartacus.  Stanley agreed and the movie was shown to audiences in 1960.  The historical film was nominated for six Academy Awards.  It won four of them (Best Cinematography, Best Costume Design, Best Supporting Actor and Best Art Direction).  Profits were high, but so was the tension on the set.  It ended the working relationship between the lead actor and director.

Stanley Kubrick moved to England to shoot his next film Lolita (1962).  It was based on the novel by Vladimir Nabokov of the same name.  The black comedy was controversial and stared Peter Sellers (The Pink Panther).  A second black comedy was released two years later called Dr. Strangelove or: How I Learned to Stop Worrying and Love the Bomb (1964).  Peter Sellers returned as the lead of the Cold War inspired film.

Half a decade passed and Stanley cultivated his opus.  The name of the masterpiece was 2001: A Space Odyssey (1968).  The revolutionary visual effects complimented the minimalistic dialog.  The result was four Academy Award nominations and one win (Best Special Visual Effects).  Kubrick’s next picture was an adaptation of the Anthony Burgess novel A Clockwork Orange (1971).  Malcolm McDowell played the lead character Alex.  The movie received four Oscar nominations and no wins.

Barry Lyndon (1975) followed A Clockwork Orange.  It was set in the 18th century and followed a rogue Irishman who married a wealthy aristocratic widow.  Big Barry was nominated for seven Academy Awards and won four of them (Best Costume Design, Best Cinematography, Best Art Direction and Best Score).  Time passed and Stanley Kubrick returned to direct the well-known horror film The Shining (1980).   Jack Nicholson and Shelley Duvall starred in the classic.  The film is famous for the amount of reshoots and resulting perfection.  Kubrick averaged around fifty retakes per scene.  The Shinning did well at the box office.

Full Metal Jacket dropped in 1987 and Stanley left another high-water mark on history.  Matthew Modine led the talented cast in the wartime epic.  The film was nominated for one Academy Award (Best Adapted Screenplay).  The movie was based on Gustav Hasford’s novel The Short-Timers (1979).  Kubrick’s final film was Eyes Wide Shut (1999).  Tom Cruise and Nicole Kidman acted in the esoteric masterpiece.

Stanley Kubrick was a workaholic and he seldom took a vacation.  On March 7, 1999 he died of a heart attack in his sleep.  The funeral was held at his home a week later.  Kubrick is one of the most acclaimed directors of our time.

“However vast the darkness, we must supply our own light.”