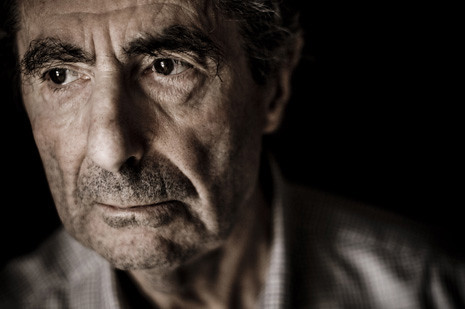 Philip Milton Roth was an American writer and novelist.  He was born on March 19, 1933 in Newark, New Jersey.  He was Herman and Bess Roth’s second child.  Both of his parents were second-generation Americans.  Papa Roth was an insurance broker.  Philip finished High School at Weequahic in 1950.  Rutgers University was his home for some time before he transferred to Bucknell University in Pennsylvania.

Roth finished a Bachelor of Arts in English at Bucknell.  The University of Chicago offered him a scholarship to pursue his masters.  His Master of Arts in English was completed in 1955.  He worked for the school’s writing program after graduation.  He enlisted in the army several months later.  Philip injured his back during basic training and received a medical discharge.

Philip’s writing first appeared in the Chicago Review during his time at the University of Chicago.  Goodbye, Columbus was published in 1959 and included four short stories.  It won the National Book Award in 1960.  Letting Go was released in 1962.  It was his first full-length book.  His fourth was Portnoy’s Complaint in 1969.  The controversial story was met with various levels of censorship and made Roth a household name.  It was a critical and commercial success.  The story found itself on numerous top one hundred novel lists several years later.

In the 1970’s Philip wrote in several different styles of prose and explored various themes.  Our Gang (1971) was political satire and The Breast (1972) was an ode to Franz Kafka.  His alter ego Nathan Zuckerman was born and appeared throughout his works in the 1980’s.  Sabbath’s Theater earned him another National Book Award in 1995.  The story featured a failed puppeteer.

American Pastoral (1997) won the Pulitzer Prize for Fiction in 1998.  Operation Shylock (1993),  The Human Stain (2000) and Everyman (2006) were all awarded the Pen/ Faulkner Award for Fiction.  Roth is the only author that has been honored three times.  Exit Ghost was circulated in 2007 and is the last Zuckerman Novel.  Nemesis (2010) was Philip’s final novel and about the polio epidemic.

Many of Roth’s novels have been adapted into movies (American Pastoral, Goodbye, Columbus, Indignation, Portnoy’s Complaint, The Human Stain, The Dying Animal and The Humbling).  The Ghost Writer was brought to television in 1984.  The Plot Against America was made into a six-part HBO miniseries and featured John Turturro and Winona Ryder.  The 2014 film Listen Up Philip was directed by Alex Ross Perry and influenced by the author.

Philip earned eight honorary doctorates (Brown University, Bucknell University, Bard College, Columbia University, Jewish Theological Seminary of America, Harvard University, Rutgers University and the University of Pennsylvania).  He campaigned and networked throughout his life to obtain a vast number of awards for his work.  He won every honor for prose except the Nobel Prize in Literature.

Roth was married twice.  He met Margaret Martinson during his time in Chicago in 1956.  They tied the knot three years later and separated in 1963.  Margaret passed away in car crash in 1968.  The tragedy had a lasting impact on the writer and influenced his future work.  In 1990 he married the actress Claire Bloom.  The two were long-term companions and partners since 1976.  The relationship ended in divorce in 1994.  Bloom wrote a memoir (Leaving a Doll’s House) about the relationship in 1996.

Philip Roth died from heart failure in Manhattan on May 22, 2018.  The author was eighty-five years old and buried at the Bard College Cemetery in New York.  He was a lifetime atheist and banned any religious rituals at his funeral.  His two-million-dollar book collection was left for the Newark Public Library.  A biography about his life hit bookshelves in 2021.

“Literature takes a habit of mind that has disappeared. It requires silence, some form of isolation, and sustained concentration in the presence of an enigmatic thing.”