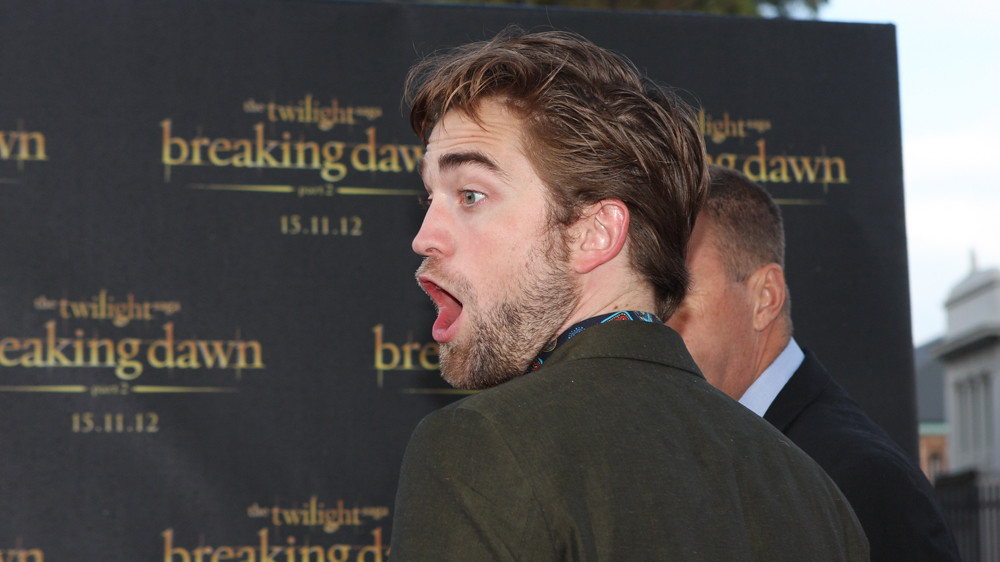 Breaking Dawn is the fourth novel in the Twilight epic.  It was written by Stephenie Meyer and follows Twilight, New Moon and Eclipse.  Little, Brown and Company released the book in August, 2008.  Reviews were mixed.  Sales were not.  The book sold almost four million copies during its initial print.  Breaking Dawn is broken into three parts and told through different perspectives.  Two of them detail Bella Swan.  The other follows a werewolf.

The preface starts and talks about Bella.  There are visions of love and death.  Bella drives around in her brand-new Mercedes.  The newfound luxury makes her uncomfortable.  The townspeople stare at her.  She questions herself and sighs.  The Mercedes was a gift.  Why not use it?  The car zooms past posters declaring Jacob’s disappearance.  The demi wolf did not enjoy the news of the wedding.

Big Ed and Bella talk about their future arrangement.  Edward is sad knowing that they can never have a child.  Being a vampire has its downsides.  He is pretty quick though and he smiles to himself and attends his bachelor party.  Bella dwells on the future wedding guests.  Several vampire clans are planning on attending and one of them had an immortal child.  The act resulted in the mother’s death.  The Volturi do not allow the existence of immortal children.  They threaten their clandestine existence and everlasting peace.

The wedding day arrives and Bella is nervous.  Her friends are not. Edward and Bella say their vows and vampire and wolf people congratulate the new couple.  Jacob shows up to the afterparty.  He still loves her and they dance to the DJ.  The DJ is exceptional and splices multiple tracks into seamless bliss.  The partygoers melt into the context.  Jacob loses his temper at some point.  The weeding was too much.  Big Seth and Edward calm him down.

The lovebirds spend their honeymoon on an island near Brazil.  Vampire love has its perquisites.  Their attempt to conceive a child is unsuccessful.  They try again and succeed.   Bella’s pregnancy evolves at an accelerated rate.  She develops a strong bond with her child.  Edward is tentative.  They both return home.

Time passes and Breaking Dawn continues.  Jacob comes back home.  He heads towards the Cullens when the couple arrives.  He decides to teach them a lesson against his hilarious buddy Sam’s suggestions.  Jacob enters and is frightened to see his love in pain.  Bella is having a rough child birth.  He teams up with Edward to help the woman they care about.

The other werewolves can read Jacob’s thoughts and determine that Bella’s child is dangerous.  They move to prevent the birth.  Jacob disagrees and so does Sam.  The two splinters from their tribe and Sam’s sister joins them.  The wolf trio can no longer hear the other werewolves’ thoughts.  The alliance and the plot thicken.

Bella writhes in pain.  Jacob assumes that blood consumption could help.  Bella tries some and Jacob is right.  Jacob grins.  Bella feels better and the taste is okay.  Werewolves appear and beg Jacob to rethink his actions.  He does not.  His anger for the Cullens softens.

The baby continues to grow against the laws of physics.  Some of Bella’s bones break.  Edward and Jacob panic.  Big Ed reads the baby’s thoughts and learns that it loves its mother.  He vows to save it.  Jacob is still concerned about the baby’s mother.  Bella loses a substantial amount of blood and gives birth.  Edward converts her into a vampire to save her life.  Jacob comes around and wants to protect the newborn Renesmee.  Little R was the name Bella gave her.

Bella takes over the plotline and is stabbed by a syringe from Edward.  She mutates into a vampire, but her baby is safe.  She wakes up and has new powers.  The bloodlust is great, but she controls it and visits her innocent baby Renesmee.  They enjoy each other’s company.  Edward and Bella and R head to a cottage for some privacy.  Bella’s dad shows up and he connects with his grandchild.  He is a phenomenal Pop Pop.

Life is good and time turns.  Renesmee grows at a rapid pace and can walk and hunt on her own.  The couple meet a vampire and she misidentifies their kid as an immortal child.  Bella and Big Ed learn that she alerted the Volturi.  The discovery is depressing.  Everyone heads home to recuperate.

Bella receives a fake ID in case she needs to escape.  The Cullens gather resources.  Various vampire clans rally for the cause to stop the inevitable onslaught.  Jacob’s affiliation is potent and the werewolves and vampires put their differences aside to strengthen their forces.  The training regimen is strict and Seth makes sure everyone powers up.  His jokes effortlessly land.

The Volturi land.  They learn that the immortal child was a myth and execute the rumor’s culprit.  They do not leave and attempt to start a war.  The werewolf and vampire alliance is not allowed.  Some other vampires arrive with a hidden vampire named Nahuel who is a hybrid like Renesmee.  Big N is one hundred fifty years old and harmless.  The Volturi come to their senses and make a decision.  They leave the Cullens alone.  Everyone disperses in peace.  Bella and Edward are alone at last.  They embrace and Bella lets Edward probe her mind for the first time.  Her feelings are shared and the world is at peace.  Breaking Dawn ends.