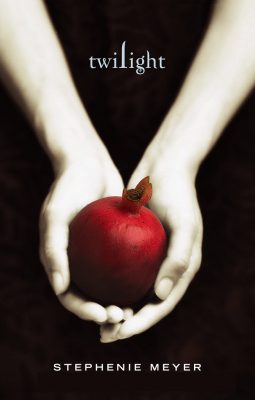 Twilight is a novel written by Stephenie Meyer.  It was published in 2005 by Little, Brown and Company.  Twilight is the first book in the Twilight series and follows Isabella Swan and her adventures with a vampire.  It was a global success and several film adaptations have been made.

Twilight opens with a preface that is narrated by an unknown female who is facing a life and death situation.  The first chapter introduces Bella Swan.  She is headed to the Phoenix airport with her mother.  Bella is seventeen and moving to Washington to live with her father in a small town named Forks.  Forks is adjacent to Spoon Town and Knife City.  All three metropolises are a fifteen-minute drive from Spork.

The plane lands and Bella’s father Charlie takes her home.  He tells his daughter that he secured an old pickup truck that she can use.  Bella unpacks her things and goes to sleep.  She pops over to Forks High School the next morning.  The school is small and Bella is nervous that she will not fit in.  Her first day is normal and she meets some of the students.

Bella eats lunch with Jessica.  She notices a group of pale and beautiful kids in the corner of the cafeteria.  Bella presses Jessica for answers and learns that they are siblings, but not biologically related.  They were all adopted by Dr. Cullen.  She nods and contemplates the received answer.  Her eyes land on one of the somber siblings named Edward.  Jessica tells her to forget about it.  Big Ed doesn’t date.

Lunch ends and Bella heads to Biology.  The only available seat is next to Edward.  She sits down and notices his discomfort.  Bella heads to Gym Class and meets a gregarious fellow named Mike.  Mike tells her that he has never seen big Ed so unformattable.  Bella overhears Edward trying to switch biology classes.

Time passes and Bella finds an equilibrium at school with her new friends.  She observes that Edward is absent.  She questions her father about the Cullens.  Charlie explains that Dr. Cullen is a talented surgeon and the children are outsiders.  The school week expires without Edwards’s return.  Bella is worried, but he is back the following Monday. Edward is more affable during Biology and to the two get along.  He asks about her personal life and they grow closer.

The next day it is snowing.  A minivan slips out of control on Bella’s drive to school.  It is about to hit her truck, but Edward appears and saves her.  She is perplexed with the whole experience and agrees to go to the hospital.  Bella is uninjured and meets Edward’s father.  Dr. C is handsome and argues with his son.  Edward is distant the rest of the week.  Several boys ask Bella to the school dance.  She fights with Edward, but they make amends.

Bella goes to the beach on the weekend and meets Jacob Black.  She learns that he is rumored to be a werewolf and does not get along with Edward.  The reason is that the Cullens are assumed Vampires.  Forks is a strange place.  The supernatural discovery perturbs Bella.  She wonders if she is falling for a vampire.  She thinks this is not good because vampires like blood and she has a lot of that, but she needs her blood to live.  Living is important for Bella.  If she is not living, then she cannot hang out with big Ed and she likes Ed.  Twilight love is complicated.

Jessica, Angela and Bella go to Port Angeles to pick out dresses for the incoming school dance.  The girls buy their garments and split up before dinner.  Bella is alone and looking for a bookstore.  Some ruffians begin to follow her.  The hoodlums corner her and a car appears.  Edward tells her to get in.  He is upset and she calms him down.  They decide to eat dinner together.

Bella learns that Edward has a prodigious sense of smell and can read minds.  For some reason he can’t read hers.  He confirms that he is a vampire that hunts animals instead of humans and he does not sleep in a coffin.  In fact, he does not sleep at all.  She asks about his eyes and he says that they are gold after he hunts and black when he is hungry.  She nods and is somewhat impressed.  Bella is in love.

Edward’s siblings do not like Bella and think it is dangerous for him to associate with a human.  Bella has disturbing dreams and more interactions with Jacob.  The vampire and the girl go hiking and the sun is shining.  Edward’s skin glistens like diamonds and he displays his inhuman strength and agility.  Bella is impressed and asks several questions. She learns that their love is forbidden and that the human usually dies.  Edward assures her that he has impeccable control over his animosity and will never hurt her.  Time passes and she zooms around the forest on his back.  The love birds kiss.

The couple heads home and Bella learns that her man is over a hundred years old.  Edward drones on about his relevant and impressive history.  She asks more questions about vampires and Edward stays the night.  The next morning, he asks if she wants to meet his family.  She agrees and they head to the Cullens.  The house is grand and big Ed plays the piano.

Papa Swan learns that his daughter is dating the vampire and he accepts the situation.  Bella is pleased and plays vampire baseball with her lover.  The sport can only be played during a thunderstorm due to the ferocity of their power.  The game roars on and three fringe vampires appear.  One of them is named James and he is a tracker who has his eyes on Bella.  Edward takes her away to safety and she decides she should return to Phoenix to avoid the pursuit.  Bella drives to Phoenix with the vampire siblings.  They rest in a hotel near the airport.

Bella’s mom calls and she answers.  It is James and he threatens her life.  He tells her to meet him near her childhood home.  She does.  Bella hears her mom’s cries and it turns out to be a home video on a VCR.  James is a trickster.  He says he wants to videotape her murder.  Bella wants to live and runs.  James breaks her leg.

The heroine wakes up and hears the sounds of violence.  Edward saves the day, but James has already bit her hand.  He sucks the venom out and Bella is fine.  She wakes up in the hospital and asks Edward why he didn’t let her turn into a vampire.  Big Ed says he will always protect her and never leave her side.  Everyone goes back to Forks and attends the prom.  There is dancing and no spooning.  Jacob dances with Bella for a bit.  Edward dances with her more.  They talk outside and Twilight ends.