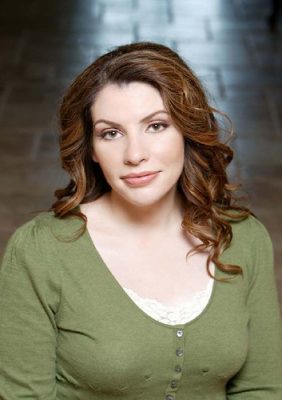 Stephenie Meyer is an author.  She was born on December 24, 1973 in Hartford, Connecticut.  Her family moved to Phoenix, Arizona when she was young.  Stephenie grew up there and went to school at Chaparral High School (6935 East Gold Dust Avenue Scottsdale, Arizona).  She has five siblings and her father Stephen Morgan worked in finance.  Brigham Young University (Provo, Utah) was where she attended college.  Stephenie Meyer earned a National Merit Scholarship in 1992 and finished her education with a Bachelor of Arts in English Literature in 1997.

In 1994, Meyer married her husband Christiaan.  They have three children.  All of them are boys.  Stephenie contemplated getting a law degree before she had her first son.  She decided to focus on her family and became a writer instead.  The concept of her first novel appeared in a dream in 2003.  The premise was around a girl who falls for a vampire.  He shared her feelings, but still had vampiric urges.

The dream evolved into a draft that turned into chapter thirteen of her famous novel Twilight.  She continued on and finished the following chapters.  Afterwards, she completed the preceding chapters.  The rough draft was finished three months after her vision.  Stephenie passed the book on to her sister.  She enjoyed the story and encouraged Meyer to get it published.

Fifteen drafts were sent off to various literary agencies.  Nine were rejected and five were ignored.  She received one promising response from Writers House.  An auction between eight publishers took place in 2003.  Little, Brown and Company won and Stephenie Meyer signed a three-book deal that was worth seven hundred and fifty thousand dollars.  Seventy-five thousand copies of Twilight were printed in 2005.  Frequent book signings helped cultivate Meyer’s fanbase and the novel reached the fifth position on The New York Times Best Seller List within the first month of its release.

Time passed and Twilight ascended to the top spot on the NYT Best Seller List.  Publishers Weekly named it the Best Book of the Year and it was recognized as an Editor’s Choice by The New York Times.  The immense success garnered significant anticipation for the upcoming sequels.  One hundred thousand copies of New Moon were printed in 2006, but there was nothing new about the acclaim.  During the first week of the debut, the book ended up in fifth place on the best seller list.  It shot back to number one the following week and remained there for eleven weeks straight.  The story was the most sold children’s paperback in 2008 with over five million copies sold.  The following year it was the bestselling book of all genres and translated into thirty plus languages.

Eclipse was the third novel in the saga and was published amidst the New Moon chaos in the summer of 2007.  One hundred and fifty thousand copies sold in the first twenty-four hours.  It was the fourth most purchased book in 2008.  The three ahead of it were all written by Stephenie Meyer (Twilight, New Moon and Breaking Dawn).  Breaking Dawn concluded the series in 2008.  Its release day shattered the sales record.  Over one million three hundred thousand copies were sold in the United States alone.  The saga has sold north of one hundred million copies today.  That is a lot of vampires and romance.

The film rights of Twilight were purchased in 2004 before its publication.  Paramount was the buyer and their script did not follow the plot of the book.  Summit Entertainment approached Stephenie Meyer in 2006 and offered to stay true to the novel.  The rights were sold to Summit in 2007 and Catherine Hardwicke (Lords of Dogtown and Thirteen) was selected to direct.  Melissa Rosenberg (Step Up) penned a new script.  The Twilight movie was released at the end of 2008.  The main cast was comprised of Robert Pattinson as Edward Cullen, Kristen Stewart as Bella Swan and Taylor Lautner as Jacob Black.  It grossed close to thirty-six million on opening day and earned almost four hundred million worldwide.

The Twilight Saga: New Moon hit theaters in 2009.  It grossed over seventy million domestically on opening day, setting a new record.  Chris Weitz (American Pie) was the director and Rosenberg wrote the script.  The Twilight Saga: Eclipse continued the box office rampage during the following year.  Rosenberg returned with the words and David Slade (30 Days of Night and Hard Candy) manned the camera.  It showed in over 4,400 theaters.

Breaking Dawn was split into two parts titled The Twilight Saga: Breaking Dawn – Part 1 (2011) and The Twilight Saga: Breaking Dawn – Part 2 (2012).  The reliable Rosenberg polished the final scripts and Bill Condon (Chicago) directed both films.  The first did not do well with the critics, but the fans enjoyed it and it grossed over seven hundred million dollars.  Part two picked up after the predecessor and made above eight hundred million.  It was the sixth most successful film of 2012 and the most profitable one in the series.

Stephenie Meyer cites Mormonism as her biggest influence.  One of her literature professors at BYU impacted her style too.  His teachings shaped how she viewed writing in general.  The works of Shakespeare, Jane Austen and Orson Scott Card each played an important role in her diction.  Music is also an influence.  Coldplay, Linkin Park, Blue October, Muse and My Chemical Romance are her favorite artists.  The emotion of the music resonates in her work, which reverberates with her audience.

“I like the night. Without the dark, we’d never see the stars.”