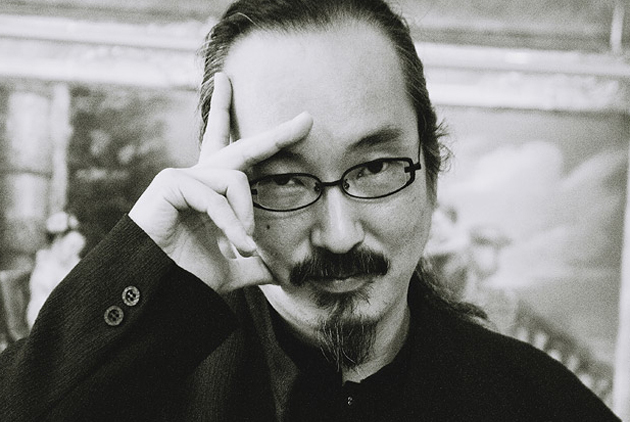 Satoshi Kon was a Japanese manga artist, screenwriter, director and animator from Japan.  He was born on October 12, 1963.  The Kon family moved to Sapporo when he was in fourth grade.  The Sapporo Beer Museum is located there.  It is the sole museum of its kind in Japan.  Satoshi attended Hokkaido Kushiro Koryo High School.  He dreamed of becoming an animator in the classroom.

In 1982, he enrolled into the Musashino Art University Graphic Design course.  The school is located in Kodaira, Tokyo and was founded in 1962.  Two years later he made his collegiate debut as a manga artist.  Weekly Young Magazine gave Toriko (1984) second place at the 10th Annual Tetsuya Chiba Awards.  The exposure landed him a job as Katsuhiro Otomo’s (Akira) assistant.

Satoshi Kon graduate in 1987.  He wrote a single volume manga in 1990 named Kaikisen.  Kon followed his work by composing the script for Katsuhiro’s film World Apartment Horror.  A year passed and Satoshi worked as an animator for Roujin Z.  The animation was written by Otomo.  In 1992, Kon labored as an artist and scriptwriter for Magnetic Rose.  The feature was directed by Koji Morimoto.  It was one of the three short films that made up Katsuhiro’s Memories (1995).

An episode of JoJo’s Bizarre Adventure in 1994 marked Kon’s directorial debut.  The artist ended his manga career after a new project went dead around the same time.  He decided to devote himself to animation.  His first effort was completed in 1997.  Perfect Blue was based on Yoshikazu Takeuchi’s novel Perfect Blue.  Satoshi was dissatisfied with the original script and was allowed to make adjustments.

Changes were made and the novel’s original horror elements and disturbances remained.  The suspense filled masterpiece was well received by the critics and challenged the traditional barriers of animation.  Satoshi Kon had his eyes on the Yasutaka Tsutsui novel Paprika for his next picture.  His vision was stopped when the book’s distribution company went bankrupt.

Time passed and his sophomore effort Millennium Actress was released in 2002.  The film focused on the life of a retired actress who inexplicably withdraws from society at the height of her career.  The screenplay was penned by Sadayuki Murai and was a global success.  It shared the Grand Prize at the Japan Agency of Cultural Affairs Media Arts Festival with Spirited Away.  The DreamWorks affiliated Go Fish Pictures adapted the movie for American audiences.

In 2003, Satoshi pivoted from the surreal to comedy with his third animation Tokyo Godfathers.  The plot focused on three homeless people in Tokyo who find a child on Christmas Eve and their search to find the baby’s missing parents.  Keiko Nobumoto wrote the screenplay.  Sony Pictures distributed the film to international audiences

A plethora of unused ideas gathered and overwhelmed Kon.  He contemplated on his existing films and decided to create a thirteen-part show to organize his thoughts.  The result was Paranoia Agent.  His pile of stories was unfit for a fourth movie.  The chaos produced one of the cleanest animations to date.  Lil’ Slugger’s saga was shown to mainstream audiences in 2004.

Paprika was made in 2006.  The science-fiction psychological thriller finally arrived.  The plot revolved around a new therapy that used dream analysis to treat mental patients.  The antagonist hijacks the technology and spreads nightmares to the innocent.  A psychologist dives into the pseudo world in the form of the dream detective Paprika to investigate the disruption and calm the vibrations.  Christopher Nolan’s Inception (2010) was inspired by Kon’s Opus.  The baseline was formed from Satoshi’s dreamscape.

Satoshi plotted and focused on his next project Dreaming Machine.  He was diagnosed with terminal pancreatic cancer in 2010. Doctors told him he had six months left to live.  He decided to spend his time at home with his family.  The master published a final message to his fans in an emaciated state.  The disturbing news shocked the world.  A rising star was taken too soon.  Kon passed away on August 24, 2010.  He was forty-six years old.  Darren Aronofsky wrote a personal eulogy in his honor.  The director’s kind words to another were a silent affirmation of the talent of the departed.

Dreaming Machine is still in the works today.  The legacy of the director remains.  Kon’s influence and visual expression has shaped the films of Aronofsky and Guillermo del Toro.  Requiem for a Dream (2000) was a derivative of Perfect Blue.  Critics of Black Swan (2010) correlated several similarities to Perfect Blue as well.  Darren has denied the coincidences of the later, but expressed his intention to adapt the animation.

“With feelings of gratitude for all that is good in this world, I put down my pen. Well, I’ll be leaving now.”