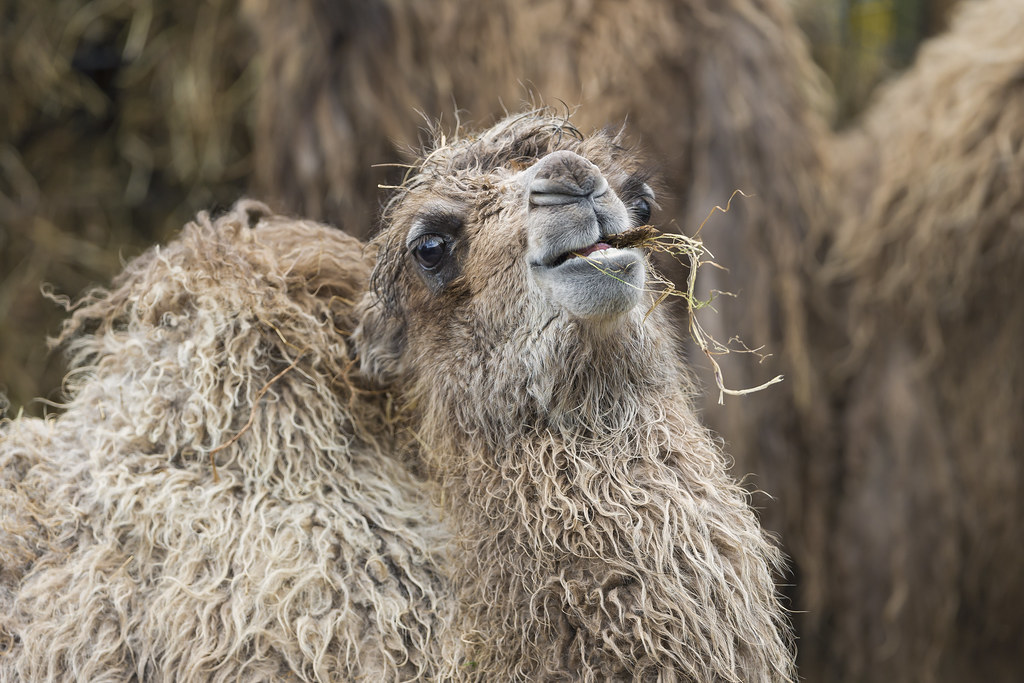 Camels are hoofed (even-toed ungulate) animals that are found in the Camelus genus.  Their favorite knights are from Camelot.  They have a lot in common.  Unique humps formed from fatty deposits sit on a camel’s back.  They have been domesticated for centuries and provide milk and food as livestock.  Their hair is used for textiles.  Some camels are trained for transporting goods and passengers throughout the desert.

The traditional name for the animal is camelid.  It relates to the Camelidae family that includes llamas and alpacas.  The common phrase of camel was derived from the Latin word Camelus. The Greek term kamēlos and Phoenician/Hebrew word gāmāl also share roots with the name of the humped protagonist.

Fourteen million camels roam the earth.  Dromedaries account for ninety percent of the population.  The Arabian camel is known as a dromedary.  They have a single hump and are domesticated throughout Maghreb, the Middle East, the Horn of Africa and South Asia.  The highest concentration is found in the Horn.  Over seven hundred thousand wild camels roam around Australia.  They were introduced as a mode of transportation in the early twentieth century and have increased their numbers by an alarming eight percent each year since.

There are one million four hundred thousand Bactrian camels.  They have two humps and encompass the other ten percent of the population.  The animal is resilient and can withstand drought, high altitudes and freezing temperatures.  Their adaptability allowed travelers to follow the ancient Silk Road.  The Wild Bactrian camel is on the verge of extinction.  The IUCN Red List has branded them as Critically Endangered (CR).  A little over one thousand are alive today.

Camels live between forty to fifty years old.  Adult dromedaries stand six feet tall.  Their hump extends their height to seven feet.  Bactrians are twelve inches taller and weigh up to two thousand two hundred pounds.  The dromedary camel is lighter with a max weight of one thousand three hundred pounds.  Both species can sprint at forty miles per hour and maintain a smooth, constant speed of twenty-five miles per hour.

Wide toes are attached to hooves that help grip various terrain.  An inflatable pink sac sits in their throat called a dulla.  Males display it to attract females and assert dominance.  Camel humps are comprised of fatty tissue and not water.  The dromedary can go ten days without water under torrid climates.  They may lose up to thirty percent of their body mass from dehydration.  Oval shaped red blood cells swirl throughout their veins.  The unique shape provides optimal circulation and allows a camel to drink over fifty gallons of water in three minutes.  Dividing the gallons by minutes yields more than one gallon a minute…incredible.

Extreme temperature fluctuations and over water consumption would kill most mammals.  A camel loses two to four hundred percent less fluids than other livestock.  An intricate tight knit of arteries and veins surround their brain which cools their mind and reduces sweat.  Moisture evaporates from their skin and not their coat.  The withdrawal is caused by body heat instead of ambient temperature.  Water vapor is trapped and recycled through their nostrils when they exhale.  The process replenishes their water stores at an alarming rate.

A dense coat protects camels from heat radiation generated off of the desert sand.  Without it, they sweat up to fifty percent more to avoid heat exhaustion.  The coat changes to a lighter color in the summer to help deflect sunrays and sunburn.  Long legs elevate the animals off of the ground to assist in the cooling process.  Dromedaries have a tissue pad that allows air to pass underneath them when they are prone.  The characteristic is essential for their survival.

Camels have flexible ears, eyes and nostrils that can be closed during sandstorms.  A transparent third eyelid is capable of purging any sand that gets stuck.  Their mouths have a thick leather-based lining that helps chew and process desert plants.  Evolved intestines and kidneys help them conserve water and enhance filtration.  The organs reduce urine output.  When camels pee, it is viscous and resembles a syrup.  It is ill advised to apply it to waffles.

Camel racing is a popular sport in various countries.  It is similar to horse racing and draws large betting crowds and tourists.   The first race was held in the thirteenth century by the ruler of the Mongol Empire Hulagu Khan.  Five hundred thousand dollars is awarded to the annual winner of The Boulia Desert Sands Race in Queensland, Australia.  The second largest purse is presented at the Camel Cup in Alice Springs, Australia.  Camels go zoom.