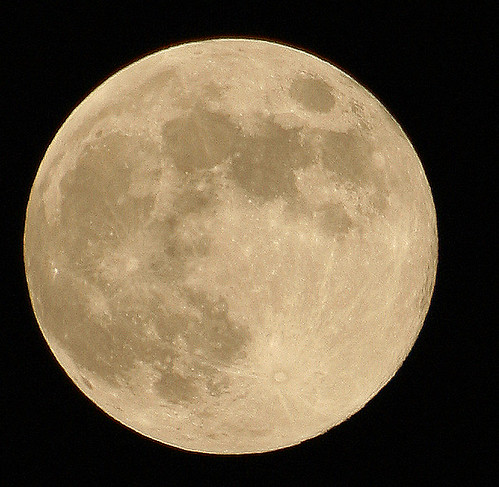 The Moon is Earth’s only natural satellite and the fifth largest in the Solar System.  It is the biggest when the size is compared to the planet it orbits.  The moon is as wide as Australia and is twenty five percent the diameter of Earth.  It has a gravitational impact on the Blue Planet and does not have a magnetic field, atmosphere or hydrosphere.  The surface gravity is around a sixth of Earth’s.  The only moon with more density and gravity is Io, which circles around Jupiter.

The name Moon is derived from the Old English word mōna.  The Proto-Indo-European word is mēnis and the Proto-Germanic spelling is mēnōn.  The text can be translated to the word measure, in relation to time.  The mythological Greek goddess of the Moon is Selene.  The Roman lady is known as Luna.  The English adjective of the Moon is lunar.  It represents the Latin word for the Moon, lūna.  The Looney Toons have no relation to the Moon.  They are cartoons.  The closest parallel is Marvin the Martian, but he is from Mars.

There is a distinct core, mantle and crust on the Moon.  The inner core is rich in iron and surrounded by a liquid iron outer core.  A molten layer flows outside the core and serves as a boundary.  Scientists believe it was created from a magma ocean after the natural satellite’s initial formation.  This spawned into the mantle after fractional crystallization.  The crust sits on top of everything else and is around thirty-one miles thick.

The lowest and most visible topographic area on the moon is the South Pole-Aitken basin.  The highest elevations are northeast of this.  The basin stretches over a one thousand three hundred ninety mile diameter.  Serenitatis, Imbrium, Orientale, Smythii and Crisium are the other prominent impact basins.  Serenitatis means the Sea of Serenity and is about four hundred twenty miles wide.  Imbrium is a lava plain (field) and translates to the Sea of Rains.  The Eastern Sea or Orientale borders the near side and far side of the Moon.  It is hard to spot from Earth.  The astronomer William Henry Smyth discovered Smythii (Smyth’s Sea) and it is named after him.  Crisium is the Sea of Crises and over three hundred forty miles in diameter.

Lunar swirls appear throughout the Moon’s surface.  Magnetic anomalies are present within each.  There are no active magnetic fields on the Moon, so their presence is a residual effect and scientifically disputed. They have sinuous shapes and appear on top of various craters and deposits.  They are relatively new and have a high albedo (reflective power).  Lower albedo regions highlight the swirls in stark contrast.

Asteroids and comets have created numerous impact crafters over the years.  There are about three hundred thousand of them.  They are each, at a minimum, over a half mile wide.  The absence of weather, geological processes and an atmosphere have preserved the craters in an almost flawless condition.  The constant buildup of craters allows scientists to count them in order to estimate the age of the surface.

The age of the Moon is about 4.51 billion years or about fifty million years after the Solar System was formed.  The creation theory states that a planet called Theia crashed into a young Earth.  Theia was around the size of Mars.  The impact shot material into Earth’s orbit and it accreted (fused) into the Moon.  Recent studies of the isotopic signatures of moon rocks revealed that they were the same as Earth’s.  The signatures are highly unique.  There is a one percent chance that Theia shared the same signatures.  The conclusion has thrown the theory into chaos.

Liquid water cannot exist on the Moon.  The high exposure to solar radiation causes photodissociation that obliterates any possibility.  Ice shards deposited from comets could exist.  The ice water might survive in the shadowed craters on each of the poles. Simulations calculated that over five thousand four hundred square miles of the Moon’s surface is covered in permanent shadows.  Access to the theoretical ice has a profound impact on the possibility of lunar habitation.  The cost of transporting water from Earth is unrealistic at this time.

Perpetual misshaped dust clouds float over the Moon.  They are formed from comet particles.  The unlimited supply is generated from an estimated five tons of particles colliding every single day.  The collision propels surface dust above the Moon.  The cycle last ten minutes with two five-minute periods of rising and falling dust.  About two hundred sixty-five pounds of dust are in the air at any given time.

The lunar phase is the shape of the Moon’s sunlit portion when viewed from Earth.  There are four main phases that transpire over the course of a month.  The new moon is the first and invisible to the naked eye.  It occurs when the Sun and Moon share the same ecliptic longitude.  It appears the lowest on the winter solstice and highest on the summer solstice.  The first quarter is next and the highest on the spring equinox and lowest on the autumn one.  The full moon follows and displays a fully illuminated view.  It happens when Earth is located between the Moon and the Sun.  The last phase is called the last quarter.  The autumn equinox is when it is highest and the opposite occurs during the spring equinox.  The complete cycle can be captured as a New Moon, Waxing crescent, First quarter, Waxing gibbous, Full Moon, Waning gibbous, Last Quarter and Waning crescent. Wax on. Wax off.

The Commercial Lunar Payload Services (CLPS) is a program created by NASA.  It was designed to have commercial companies compete with each other to win a contract for moon transport.  The goal is to solidify travel routes and to further explore the surface.  Lunacy or lunarcy, the future looks promising.