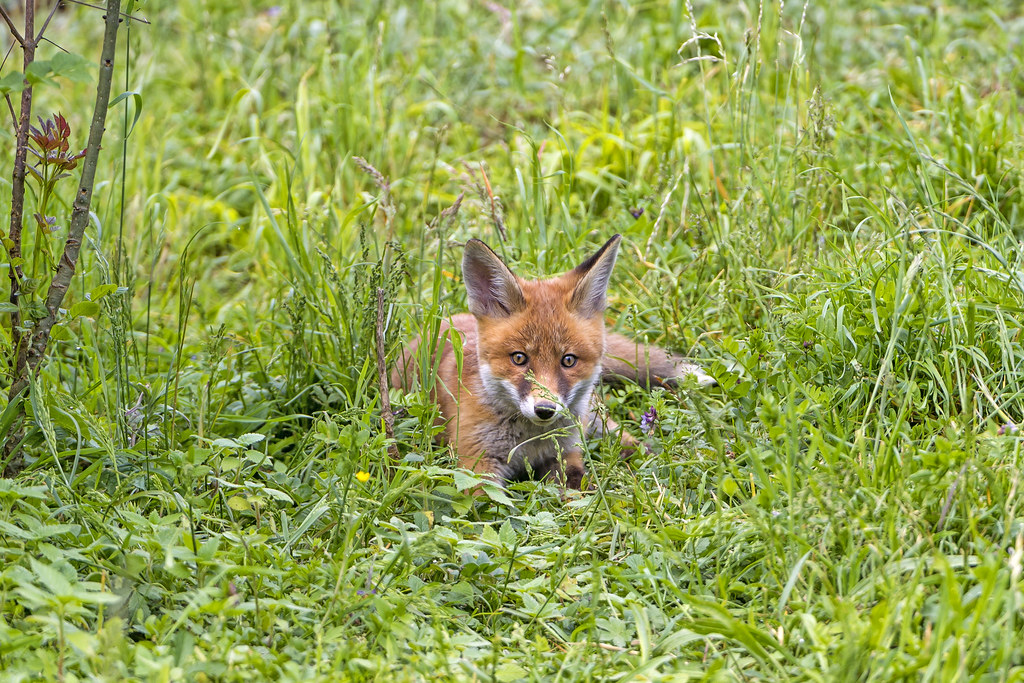 The fox is an omnivore and a mammal.  Some are small and others are bigger.  Foxes do not inhabit Antarctica.  They do live everywhere else.  The most common species is the red fox (Vulpes vulpes).  Close to fifty subspecies fall under big vulpes.  The furry boys and girls have infiltrated all cultures and are notorious for being cunning.

Female foxes are referred to as vixens.  The lads are called reynards, dogs and tods.  The pseudonym reynard is derived from the medieval fable, Renard the Fox.  Adolescents are called kits, cubs and pups.  A gang of foxes are known as a leash, earth or skulk.  The word fox is drawn from the Greek word φοξός and the Proto-Germanic phrase fuhsaz.  They both roll into the Indo-European word puḱ, which means tail and thick haired.

The length and color of the mammal’s fur varies from species to species.  Their coat’s luster hits most of the color spectrum and ranges from jet black to snow white.  Desert foxes have short hair and large ears to help cool their body temperature.  Artic ones have thick fur and tiny ears due to inverse weather.  Foxes molt once a year in the Spring to calibrate with the seasons.  The coat slowly grows denser and darker as the temperatures drop.

Wolves, Racoon dogs, jackals and other members of the Canidae family are larger than the standard fox.  The smallest is the fennec fox.  They can attain a max weight of three and a half pounds.  The heaviest is the infamous red fox.  The plump creatures are between nine and nineteen pounds on average.  Never fear, the extra girth does not cause the quadruped to go red in the face.

The fox has a robust tail and ears that meet at a sharp point.  Their lean faces are triangular.  The animals are digitigrades.  They walk on their toes.  Their muzzle whiskers are black and between three to five inches long.  The other whiskers are shorter.  Their claws can partially retract.  Most Canidae members do not have this ability.

Copulation occurs in the second half of the year.  Vixens have a twelve-month reproductive cycle.  Gestation lasts for about two months.  Their pregnancy has an eighty percent success rate.  Four to five cubs are born per litter on average.  The amount varies from species to species.  Arctic foxes can usher in up to eleven little ones.

Family is important to foxes.  They tend to stick to small tight knit groups.  The Artic variants are colder.  They are lone foxes.  Wild foxes live between one to three years.  Some live up to ten.  The omnivores eat eggs, vegetation and small insects.  They may consume miniature reptiles and various birds.  The crab-eating fox eats crabs, but has a pleasant disposition.

Close to three pounds of food are consumed each day.  The excess nutrients are buried for later ingestion.  The food stores are called caches.  Snow, leaves and soil are used as a masking agent.  Hunting is surgical and involves a pouncing technique.  The predator will get low to the ground in order to blend into their respective terrain.  Powerful hind legs serve as a launch pad to close the distance to the foe.  A fox will plop on top of their prey before securing their kill with their dominant canine teeth.  The gray fox is capable of climbing trees.  No one knows what they do up there.  There are too many activities to keep track of in the foliage.

Habitat loss and hunting have endangered numerous species.  Others species are unaffected.  Fox hunting started in the United Kingdom during the sixteenth century.  The event involves tracking, perusing and killing the fox.  Red foxes were the main victims.  Trained foxhounds would lead the charge.  Today the dogs are banned from the sport.  The human must brave the terrain alone.  Similar to life.  The fox.