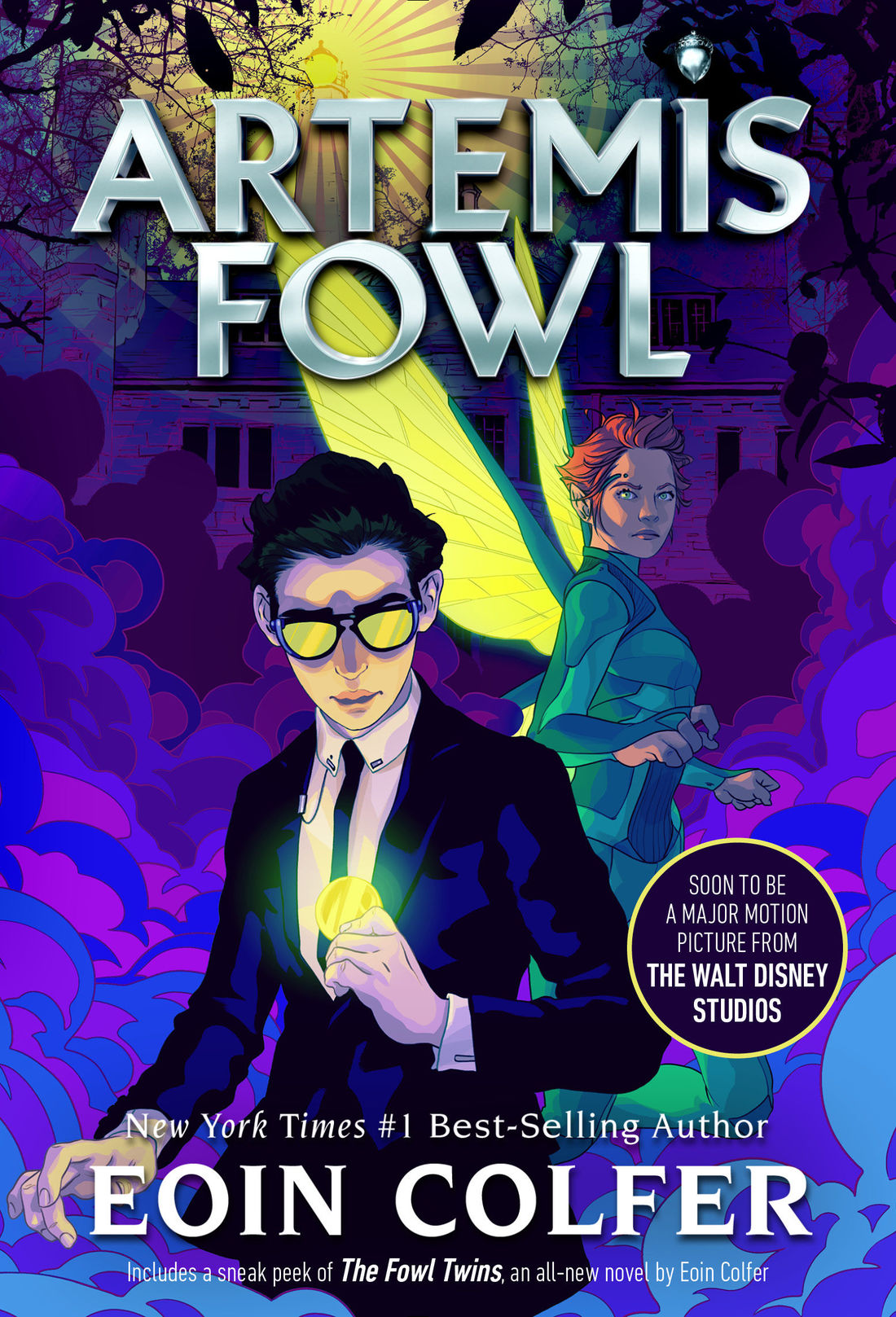 Artemis Fowl is a fantasy novel targeted for young adults.  It was written by Eoin Colfer and published by Viking Press in the middle of 2001.  The book is the first installment in the Artemis Fowl series that is named after the eponymous twelve-year-old criminal protagonist Artemis Fowl II.  The narration switches perspectives throughout the pages.  A film adaptation was released by Disney + in 2020.

Big A rolls through Ho Chi Minh City, Vietnam with his bodyguard Domovoi Butler.  Their business is searching for fairies and business is good.  They meet their contact and are led to the objective.  The Fairy’s business is drinking and business is good.  She refuses to comply with Fowl’s demands.  He hands her a bottle of whiskey.  She complies with the demands.  The alcoholic sprite chugs the spirits and a complication arises.  The liquor was spiked with holy water that is lethal to fairies.  Artemis offers her an antidote in exchange for the secrets of the fairy world.  She hands him The Book of the People and Fowl photographs it.  The fairy heals and Big B and A leave.

The boys return to the Fowl Manor.  Artemis checks in on his disheveled mother.  She has a manic fit and he leaves distraught.  Artemis translates the photographs and time passes.  He hits a wall and realizes that the fairy language shares characteristics with Egyptian hieroglyphics.  Progress is made and he learns that the book is written in a spiral.  He finishes the translation and discovers fairy treasure.

Officer Holly Short is an elf and works for the Lower Elements Police (LEP).  She lives subterranean with the fairies.  Work begins and she is late.  Her superior Commander Root lambasts her for her tardiness.  She pleads her case and offers to track a loose troll.  Root agrees under the condition that she sticks to reconnaissance. She heads to the world of the humans.  The troll causes a scene and a struggle ensues.  She ignores her boss and takes the beast on her own.  Her powers become exhausted in the fallout and she falls asleep.  Root congratulates her and instructs her to perform a ritual to regain her strength.  Holly departs.

Short goes to Ireland to convalesce.  She hikes to a secluded location and begins the ritual.  Artemis Fowl and Butler are nearby.  The bodyguard shoots the elf with a tranquilizer.  The injection dulls her senses and her mobility lowers.  She casts a spell on the boys.  It doesn’t work.  She loses consciousness and Butler takes her body.  Fowl grabs her helmet.  Everyone disappears.

Root fails to contact Holly.  He assumes the worst and places himself back in the field.  The commander suits up and the antiheroes return to Fowler Manor.  Short wakes up to a shorter fowl, Artemis’s sister Juliet.  The ladies talk.  The gossip is viscous.  Romeo is nowhere in sight. Root tracks down his subordinate’s locator in an abandoned ship.  Fowl speaks to the big man and blows up the vessel.  Root escapes right before an imminent death.

The LEP task force is heated and heads to the Manor.  Artemis Fowl hands Butler an upgraded version of Holly’s helmet.  The servant eliminates the Retrieval Squad.  The protagonists allow the elves to retrieve their injured.  Holly regains her powers in her cell using an acorn.  A corny interaction causes the plot to deepen.  Root negotiates with Fowl.  The virtuoso kid wants a metric ton of gold for Holly’s release.  He says he knows their tactics.  Behavioral analysts take his threat at face value.  Root has to face his own values and decides to break standard operating procedures.

The commander employs a criminal dwarf thief named Mulch Diggums.  He tunnels into the manor and finds the family safe.  Diggums finds a copy of the Book.  Butler attempts to subdue the intruder and fails.  Holly escapes and roams throughout the house with her newfound powers.  Mulch tricks the LEP and disappears.  Artemis watches the concurrent events from his surveillance room.  The boy decrypts the affairs and contemplates.

Root decides to deliver the gold, kill the humans and retrieve the money from the theoretical rubble.  He is demoted before his plan is hatched.  Lieutenant Briar Cudgeon is placed in command.  His plan is to release the captured troll into the Fowl Manor and flush out the delinquent humans.  The troll roams about and injures Butler.  Holly uses her magic to subdue the troll and heal Butler.  Butler moves to kill the troll and Short tells him to stop.  He agrees because she saved his life.  The troll is rolled out the front door unconscious.

Cudgeon is released from duty.  Root regains command.  He sends the ransom gold into the manor and prepares to release a biological bomb called the blue rinse.  The blue rinse would kill all organic life in its blast radius.  Fowl strikes a deal before the explosive cleansing.  He pledges half of the gold to Holly under the condition of her curing his mother.   She agrees and it happens.  Holly tells Root to holster the bomb.  The bomb detonates.  Artemis and the gang escape the elven time field by using sleeping pills.  The reverse logic saves the day.  Christmas arrives.  Mother Fowl is healed.  Artemis receives the best gift possible.  Artemis Fowl ends.