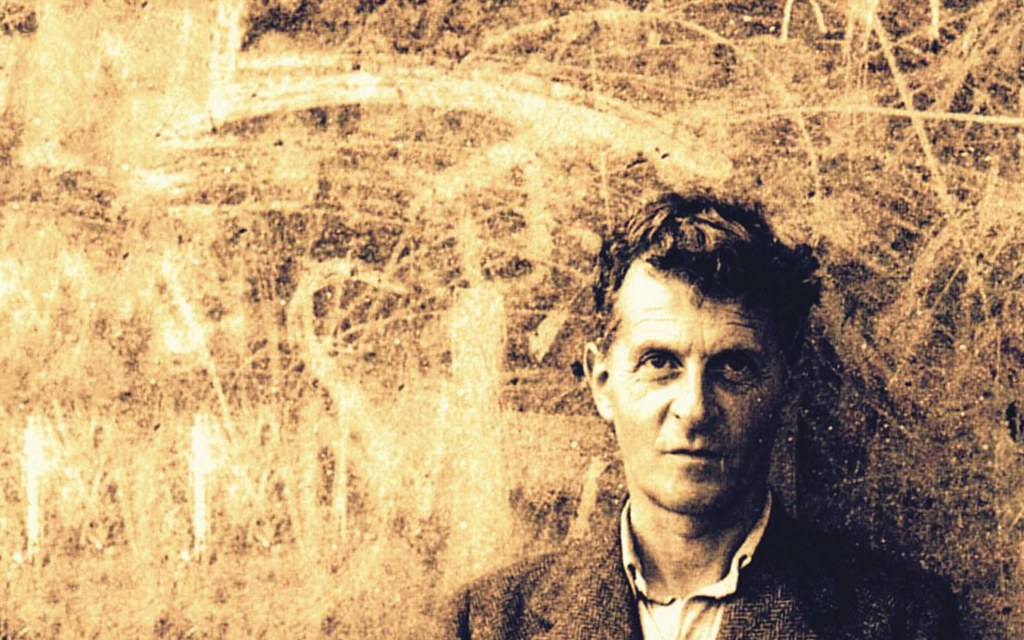 Ludwig Wittgenstein was an Austrian philosopher that specialized in the philosophy of mind, language, mathematics and logic.  He was born on April 26, 1889 in Neuwaldegg, Vienna, Austria-Hungary.  Karl Otto Clemens Wittgenstein was his father and an industrial tycoon.  Papa W. was the second richest man in the Austro-Hungarian Empire behind the Rothschilds.  The matriarch was Leopoldine Maria Josefa Kalmus and the aunt of Friedrich Hayek, a Nobel Prize laureate.  There were nine Wittgenstein children.  Five sons and four daughters.  Ludwig was the youngest.

The successful family tutored the boys at home to prepare them for the succession of the family empire.  They were exposed to high art and music and received world class homeschooling.  Their palace had seven grand pianos.  The expectation and eventual anhedonia led three of the five to take their own lives.  Ludwig found stable interests that started with music.  He was gifted with the ability of absolute or perfect pitch.  The skill allows a person to identify any musical note without the reference of tone.  Less than five percent of musicians have the talent.

The deaths of his brothers caused Karl to relent and allow Ludwig to attend a formal school.  He studied at Realschule in Linz at the age of fourteen.  He was bullied by his classmates and influenced by the Austrian philosopher Otto Weininger’s book Geschlecht und Charakter (1903).  In 1906 he transitioned to Technische Hochschule Berlin in Charlottenburg, Berlin to study mechanical engineering.  He received his diploma in 1908 after three semesters.  College piqued his interest in aeronautics.  Ludwig Wittgenstein moved to the Victoria University of Manchester to pursue his doctorate in the field.

He worked on small engines and propulsion.  He propelled himself on a new path in 1911.  Bertrand Russell’s The Principles of Mathematics (1903) was the catalyst.  The philosopher began his journey in philosophy at the University of Cambridge.  He began to dominate Bertrand’s lectures.  The philosopher and mathematician had mixed thoughts on Wittgenstein.  He soon realized his new pupil was a genius and capable of deciphering problems he was too old to solve.

Russell’s encouragement saved his life and justified his choice in abandoning engineering.  Time passed and the roles reversed.  Ludwig began to critique Bertrand and was correct.  The swap was pivotal in their development.  Wittgenstein joined the Cambridge Moral Sciences Club.  He finished his first paper.  He was invited to the secret society the Cambridge Apostles by the economist John Maynard Keynes.  Papa Wittgenstein passed away at the beginning of 1913.  The inheritance made him one of the wealthiest in Europe.

Ludwig retreated to Norway for the winter and finished his paper Logik.  He learned Norwegian and Danish.  The landscape created a new peace in his life.  He built a small house overlooking nature.  World War I arrived.  He volunteered despite a possible medical exemption.  The philosopher was in the artillery unit and deployed on several of the most dangerous war fronts.  He was promoted to lieutenant in 1918 and received several accolades.  His writing continued and innumerable notebooks were filled with remarks and observations of his peers.

Summer rolled in.  Wittgenstein took his military leave and moved to one of the family’s summer homes in Vienna.  Tractatus Logico-Philosophicus was completed.  Depression was common.  The author decided to teach in the early 1920’s in Austria and Vienna.  Tractatus was published in German in 1921.  Seven propositions were detailed among the seventy-five pages.  “The world is everything that is the case.” (1).  “What is the case, the fact, is the existence of atomic facts.” (2).  “The logical picture of the facts is the thought.” (3).  “The thought is the significant proposition.” (4).  “Propositions are truth-functions of elementary propositions.” (5).  “The general form of a truth-function is: [¯p,¯ξ,N(¯ξ)]. This is the general form of proposition.” (6).  “Whereof one cannot speak, thereof one must be silent.” (7).

The propositions were heavily debated amongst philosophers and brought Ludwig Wittgenstein instant fame.  The Vienna Circle was the most revered discussion group.  He diverted from the talks in 1926.  The scholars were left in awe.  Their scientific approach to problems were washed away with Ludwig’s artistic viewpoints of originality.  He was granted his PhD at Cambridge in 1929 and made a fellow.  The world turned.  The philosopher traveled.  Germany annexed Austria in 1938.  He sought citizenship in England and Ireland.  A special exemption was granted to the Wittgenstein family as a result of their heritage.

He was elected as the chair in philosophy at Cambridge in 1939.  He resigned in 1947 to focus on writing.  He traveled to Dublin and wrote.  He returned to London and was diagnosed with prostate cancer.  In 1951 his time dwindled.  His head was clear.  He noted that his frame of mind was at last in a perfect state for philosophy.  He died on April 29 at the age of sixty-two.  Over twenty thousand pages of unpublished papers remained and were cultivated into numerous posthumous works.  Ludwig Wittgenstein is considered the greatest philosopher of the twentieth century.

“A serious and good philosophical work could be written consisting entirely of jokes.”