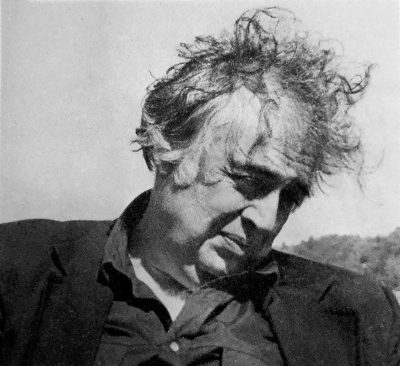 Harold Bloom was born in New York City, New York on July 11, 1930.  A flower opened (bloomed) in the springtime.  In this instance it was in the summer.  It was probably hot or at least warm.  The temperate Hudson River might have pushed a cool breeze into the metroplex on the 11th.  The records are unclear(er).  He was raised in the Bronx and was a student at the Bronx High School of Science (75 West 205th Street Bronx, New York 10468).  College earned him a bachelor’s degree in Classics from Cornell (1951) and a PhD from Yale (1955).  Harold attended Pembroke College, Cambridge through the Fulbright Program in 1954 and 1955.  He was an accomplished student and stayed in academia throughout his life as a representative of the Yale English Department.  Bloom was cordial and addressed his students as “my dear”, regardless of gender.  If Harold stubbed his toe during a lecture and shouted, “oh dear!”  Multiple students would perk up and perk back down in silence (once they grasped the situation) and perk back up with a sense of concern.  They cared about Professor B.

Harold was a founding member of the proposed Ralston College.  It is not admitting students yet and is dedicated to freedom of speech and the liberal arts.  He held a position at New York University (1988-2004), while teaching at Yale.  Jeanne Gould was his wife and they had two children.  He had three sisters and a brother.

The Canadian literary theorist and critic Herman Northrop Frye (7/14/1912 – 1/23/91) was an early inspiration. Frye was celebrated for his book Fearful Symmetry and Harold held it in high regard.  It was a study of William Blake and focused on his more ambiguous writing (the unclear).  Later in life, Harold departed from Frye and mentioned M.H. Abrams and Angus Fletcher as living equals.  Samuel Johnson had long departed, but was depicted by Bloom as “unmatched” by any critic past or present. He was British.

H.B. instituted the idea that the list of true American novelists was brief.  Four authors were worth communal praise.  His concept was not as brazen as it sounds.  In most industries there are rare occasions of excellence.  Cormac McCarthy, Philip Roth, Thomas Pynchon and Don DeLillo made the cut.  This was in 2003.  He made an opposing claim about J.K. Rowling and Harry Potter and the Sorcerer’s Stone.  Philip Roth passed on 5/22/18.  The other three are still creating.

The catalog of content produced by the quartet is exceptional and several film adaptations were produced.  Cosmopolis (Don DeLillo) was directed by David Cronenberg and starred Robert Pattinson (2012).  American Pastoral (Phillip Roth) featured the director Ewan McGregor (2016). The Road (2009) starred Viggo Mortensen and was directed by John Hillcoat.  2007 introduced No Country for Old Men.  It was orchestrated by the Coen brothers and starred the trifecta of Tommy Lee Jones, Javier Bardem and Josh Brolin.  The three J’s: Jones, Josh, Javier.  Three actors, united by a common letter, earned four Academy Awards.  Best Motion Picture of the Year (Ethan Coen, Joel Coen, Scott Rudin), Best Writing, Adapted Screenplay (Joel Coen, Ethan Coen), Best Achievement in Directing (Coen brothers), Best Performance by an Actor in a Supporting Role (Javier Bardem).  The words of Cormac McCarthy were responsible.  Inherent Vice (Thomas Pynchon) had one “J” and was directed by Paul Thomas Anderson (2014).  Josh Brolin was the representative from Team J.  The films corroborate Harold Bloom’s proclamation.  The authors he designated as paragons were able to infiltrate the competitive industry.  The original merit of the work convinced investors and provided an atypical storyline for the viewers.  One cemented from literature.  This is uncommon in modern cinema and success in two mediums is anomalous.

Bloom appreciated William Shakespeare.  He wrote Hamlet and Romeo and Juliet.  Bill had a gift.  Harold attributed his skillset to the midpoint of Wester canon.  Canon, the standard or criterion, not the offensive midpoint of a pirate ship.  All thirty-eight of Shakespeare’s plays are analyzed in Bloom’s Shakespeare: The Invention of the Human (1998). He regarded twenty-four of them as masterpieces.  There are twenty-four hours in a day.  That comes out to one an hour and quite the reading marathon.  Harold alleged that Shakespeare was the sole multicultural author.

Harold Bloom passed away on October 14, 2019.  The most influential critic of the 20th century was 89 years old.  He left the world with a prolific amount of articles and books.  Here are some of the ones he wrote.