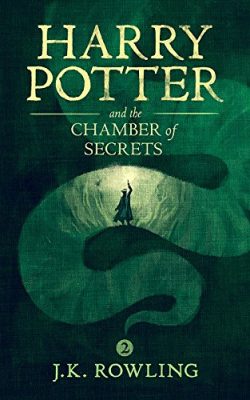 Harry Potter and the Chamber of Secrets is the sequel to Harry Potter and the Sorcerer’s Stone.  J.K. Rowling sent readers back to Hogwarts on July 2, 1998 in the United Kingdom.  The US version was released the following year on June 2, 1999.  The summers of two.  The plot follows Harry throughout his second school year (2).  The story begins on his 12th birthday.  There is no party.  The lack of celebration does not bother Harry.  His parties’ usual guests are cupboard spiders and cold solemn silence.  This year is no different.  Uncle V is preparing to entertain a client in the evening.  He is trying to sell some drills.  The hustle never sleeps.  That is the Vernon motto.  The Dursleys are ignoring Harry’s big one two altogether.  What is bothering him is that he has not heard from his friends.  There has been no sign of them.  Not a single word.  Not today, not the whole summer.  Harry goes for a walk to calm his nerves.  He weighs the pros and cons of his predicament.  He is no longer in the cupboard and has his own room upstairs.  This is good.   All of his magical sundries are locked away in the cupboard.  This is bad.  Harry notices a set of giant eyes in a nearby hedge.  This is interesting.  Dudley harasses Potter.  This is irrelevant, but Harry ends up having to do chores.  Harry is tired and goes to bed.  Someone is on the bed.

The someone is named Dobby.  He is the owner of the giant set of eyes from the hedge and a house-elf.  Harry learns that Dobby has been preventing all communication from reaching Harry.  He professes that there is great danger waiting for Harry and his mission is to prevent him from returning to school.  Harry’s kindness causes Dobby to speak ill of his masters and Dobby begins to self-flagellate to discipline himself.  Harry calms him down, but refuses to comply with the house-elf.  Hogwarts is all that Harry has.  Dobby ruins the dinner party downstairs and uses magic in the household.  This is restricted behavior for underage wizards and an Owl swoops in with a letter.  Uncle V learns that Harry cannot use spells on summer break.  Harry is locked in his room as punishment and bars are placed on his window.  He collapses in a dream

Harry awakes to the sound of his BFF Ron Weasley tapping on his window.  Ron is in a flying car piloted by his twin brothers George and Fred.  They grab Harry’s trunk out of the cupboard and complete the jailbreak.  The twins land the car and Harry settles in at the Weasleys for the remainder of the summer.  He gets accustomed to the nuances of a magic household and makes friends with the other resident redheads.

The group heads to Diagon Alley to secure supplies for the upcoming semester.  They travel through a fireplace using Floo Powder.  Harry and Ron run into Draco Malfoy and his father Lucius at Flourish and Blotts (the bookstore).  Hermione is there too.  They meet the new Defense Against the Dark Arts teacher Gilderoy Lockhart, who is signing copies of his autobiography.  Like son like father, Lucius directs some noxious language towards Mr. Weasley and Hermione’s family.  The context involves the financial state of the Weasley’s and the lack of magical blood in Hermione’s veins.  Mr. Weasley gets in a fistfight with Lucius and they are separated.  Everyone says their goodbyes.

The summer ends and Harry and Ron prepare to board the Hogwarts Express.  Platform Nine and Three-Quarter closes before they can pass through.  The train departs and the boys panic.  The boys formulate a plan and decide to follow the train in the flying car.  The car runs out of gas near the castle and they plunge into a willow tree.  The tree smashes the car and everyone escapes before they are crushed into an unrecognizable pulp.  Ron and Harry are relieved that their major organs are still functioning.  Ron’s wand was not as lucky.   Snape gives them detention for damaging the Whomping Willow (adequate alliteration).  Home sweet home.

Draco calls Hermione a Mudblood during Quidditch practice.  Ron attempts to curse him, but his wand backfires.  Harry spends his detention responding to fan mail with Professor Lockhart.  He hears sinister voices in the walls.  Lockhart hears nothing. Ron has to help Filch polish trophies.  October approaches.

The Gryffindor ghost Nearly Headless Nick invites Harry to his 500th deathday party.  Harry brings best friend one (Ron) and best friend two (Hermione) to the gala.  Hermione spots Moaning Myrtle amongst the rotting food.  They converse with her and the school poltergeist Peeves.  Boredom sets in and the group heads out.  Harry hears the violent dialog in the walls again.  They run into a petrified cat hanging from the ceiling.  A message is etched into the wall beneath it.  It reads, “The Chamber of Secrets has been opened.  Enemies of the heir, beware.”  The title, Harry Potter and the Chamber of Secrets, emerges.

Information on the chamber is limited.  Some wizards have said the origins are secret.  If you want to learn the history of something and you are at Hogwarts, you go to the source.  The ghost that knows it all.  The History of Magic Professor Cuthbert Binns.  Elisha Cuthbert is a Canadian actress famous for playing Danielle, the girl next door, in The Girl Next Door (2004).  She plays Kim Bauer in the television series 24 (2001-2010).  Professor B plays no games.  He tells the students that one of the school’s founding members, Salazar Slytherin, built a hidden chamber that housed a monster capable of eradicating any Hogwarts student with impure blood.  Only Slytherin’s heir would be able to control the beast.

The gang assumes that Malfoy is the heir.  Hermione hatches a plan involving Polyjuice Potion.  Harry has a Quidditch match and is attacked by a rogue Bludger.  He breaks his arm.  Lockhart attempts to repair it, but displaces all of the bones instead.  Harry stays overnight in the hospital to regrow them.  Dobby appears and admits that he bewitched the Bludger and closed off Platform 9 ¾.  He wanted Harry to go home and avoid the dangers of the chamber.  Dobby vanishes and a petrified student is admitted to the hospital.  Harry overhears Dumbledore confirming that the Chamber of Secrets has been reopened.

Time passes.  The group joins a dueling club and Harry has a showdown with Malfoy.  Malfoy conjures a black snake during their clash and it attacks another student.  Harry pacifies it by speaking Parseltongue.  Everyone is shocked that Harry is a Parselmouth.  The ability is rare and Salazar was famous for it.  Some of the students believe that Harry is the heir.  Another student and Nearly Headless Nick are petrified. Tensions are high.  The Polyjuice is ready.

Vitamins are absent in Polyjuice.  There is no nutritional value, but ingestion transforms you into another person.  The key is a strand of that person’s DNA.  The gang steals hair from Draco’s cronies to complete the potion.  They follow him to the Slytherin common room and begin their interrogation.  It is unsuccessful.  Draco is not the heir and he doesn’t know who is.

The school is calm by Valentine’s Day and Harry finds a diary in Moaning Myrtle’s bathroom.  The first page is inscribed “T.M. Riddle”.  The other pages are blank.  Harry notices that if you write into the diary, your words disappear and are replaced by the words of T.M.  The “T” stands for Tom and the two become fast friends.  Tom the diary transports Harry into one of his memories.  It is revealed that Tom was the one who caught the villain who opened the Chamber of Secrets fifty years earlier.  Harry notices that the culprit is his friend Hagrid and the monster was a giant spider.

The friends debate Hagrid’s prior involvement in the opening of the chamber.  Harry continues to hear murderous voices in the walls and Hermione heads to the library.  She is petrified with another student and the school comes to a halt.  Dumbledore and Hagrid are forced to leave campus.  Hagrid instructs Ron and Harry to follow the spiders.  Harry notices a long line of spiders scuttling into the Forbidden Forest.  The two wait until nightfall and set off into the forest.

They followed the spiders deep into the dark forest.  They hear a boisterous commotion behind a patch of trees.  It is the Weasley’s flying car from earlier.  It has gone feral and is living amongst the fringes of nature.  The thirst for gasoline has been replaced with the hunger for adventure.  The boys press deeper and are captured by a group of giant spiders.  They scoop up the young wizards and take them to the boss spider Aragog.  He is a colossal Acromantula (giant talking spider).  Aragog clears Hagird’s name and says that he isn’t the monster from the Chamber of Secrets.  The monster is something that spiders fear the most.  Big A gets hungry and prepares to eat the boys.  The web gets tighter.   The flying car appears and serves as a deus ex machina.  Goodbyes are exchanged.  The car dips into the forest.  Harry and Ron slip into bed.

The boys visit Hermione in the hospital and find a note in her hand.  It contained the characteristics of a basilisk.  They noticed the word “pipes” on the bottom of the note.  Detective Potter and Junior Detective R. Weasley begin to piece the narrative together with the clue from the note.  They find the entrance to the Chamber of Secrets in Moaning Myrtle’s bathroom.  Ginny Weasley (the Jr. Detective’s sister) is missing and a new message is written on the wall.  “Her skeleton will lie in the Chamber forever.”  This is not good and they head to the bathroom.  Harry opens the Chamber by whispering in Parsletongue.  Lockhart joins the group to apply the Defense against the Dark Arts.  He turns out to be a fraud and the group gets separated.  Harry progresses alone in the Chamber of Secrets.  There are snake statues and a lifeless Ginny.  Tom looms in the foreground.

Tom turns out to be Lord Voldemort and has possessed Ginny through the diary.  His full name, Tom Marvolo Riddle, is an anagram for “I Am Lord Voldemort”.  Harry respects the wordplay, but Voldemort killed his parents.  That action burned all friendship bridges.  Tom understands and sends the basilisk after Harry.  Dumbledore’s pet phoenix Fawkes soars into the chamber and delivers the Sorting Hat to Harry.  He pulls out the Sword of Godric Gryffindor and the phoenix blinds the basilisk.  The snake is stabbed in the mouth and dies.  A venomous fang impales Harry in the process.  Fawkes cries magical tears on the wound and Harry is healed.  The bird is on fire.  Tom is not pleased and moves to kill Harry with a spell.  Harry stabs the diary with the basilisk’s fang.  Tom vanishes.  Ginny wakes up.  The Riddle is solved.

The petrified students are restored and Hagrid and Dumbledore are reinstated.  Lucius is not happy and visits Hogwarts to voice his frustration.  Dobby is there too.  A conversation reveals that Lucius is the one who gave Ginny the diary. Harry returns it to him with his sock hidden in the pages.  Lucius discards it and Dobby catches it.  The presentation of clothing liberated Dobby from the Malfoys. The good guys say their goodbyes and everyone begins summer vacation.

Harry Potter and the Chamber of Secrets is worth reading.  There is a movie available if reading is not on the agenda.

0 comments on “Harry Potter and the Chamber of Secrets”