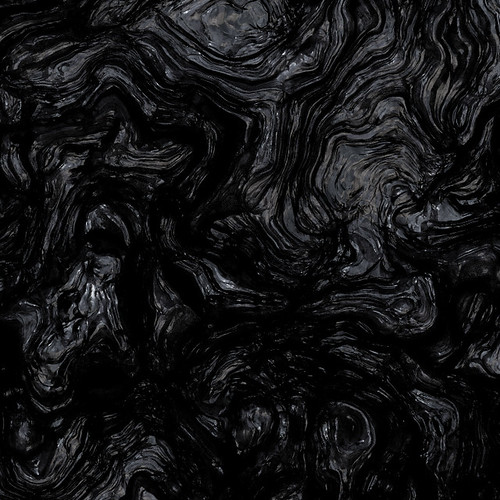 A Storm of Swords was written by George R. R. Martin.  It was published in 2000 by Voyager Books in the United Kingdom and by Bantam Spectra in the United States.  The novel is the follow up to A Clash of Kings and the third story in the A Song of Ice and Fire series.  It is the longest of the three at almost one thousand pages.  A Storm of Swords won the Locus Award in 2001 and Best Novel at the 2002 Geffen Awards.

The Others approach the Night’s Watch.  Jamie Lannister is being escorted by Brienne and is due to be traded for the Stark daughters.  The two are confronted and mange to escape.  Catelyn Stark is labeled a traitor for sending Jamie off.  Her brother Edmure plots to bring Jamie back.  Arya, Hot Pie and Gendry navigate the woodlands after leaving Harrenhal.  Nightmares plague Arya as she reviews her kill list.  Tyrion is paranoid and confronts his father after the Battle of Blackwater.  Ser Davos welcomes his death washed up on a small island.  He is saved by an allied ship.  Sansa tells the Queen of Thrones Olenna Redwyne (Tyrell) that King Joffrey abuses her.  Jon is confronted by Mance Rayder at the wildling’s headquarters.

Ser Jorah convinces Daenerys to purchase an army of eunuch slave warriors called the Unsullied.  He kisses her and the Queen of Dragons is confused and surprised.  Hodor, Jojen, Meera and Bran travel in secret.  Little Bran learns he is a warg and can inhabit other bodies.  Davos meets with a pirate and friend named Salladhor Saan.  He returns to King Stannis and is thrown into a dungeon.  Brienne and Jamie stop at an Inn.  The Lannister continues to insult her.  Tyrion speaks with Varys and spends the night with Shae.  He is blackmailed after the arrangement and tells Bronn to take care of it.

Arya and company arrive at the same Inn as Jamie and Brienne.  A soldier that served her family recognizes her and she is revealed.  Robb continues on his warpath and pardons his mother.  He tells her that he plans to marry Jeyne Westerling and break his promise to Walder Frey.  Jon wanders around the wilding army and sleeps with Ygritte.  He starts to question his motives.  Sansa talks to Margaery during a dress fitting.  She learns of her future marriage with Margaery’s disabled brother.  Arya is taken to the Brotherhood Without Borders.

Samwell stabs a White Walker with obsidian during a skirmish and destroys it.  The Night’s Watch gain valuable information and retreat.  Tyrion is made the new Master of Coin.  Tywin commands him to marry Sansa.  The dwarf is insulted.  Lord Rickard Karstark kills two Lannister allies behind Robb’s back.  Robb executes him with his own blade as punishment.  Jamie and Brienne escape danger and fight each other, a storm of swords.  Jamie commends Big B’s swordsmanship, a storm of words.  They are captured after a second confrontation.  The captors sever off Jaime’s right hand.

Arya continues her journey with the brotherhood.  She hears a rumor that their leader Lord Beric has been killed several times and lives on.  Daenerys  begins negations for the Unsullied army with Kraznys mo Nakloz through a translator.  Bran has wild dreams and continues north towards the Wall.  Melisandre visits Davos and explains the cosmic battle between her god and its antithesis.  Jon Snow unveils information about the Wall.  Daenerys trades one of her dragons for the Unsullied.  She gains the army and commands the beast to reign fire.  She regains her dragon.  Cersei tells Sansa about Tyrion.  The two are married.  The dwarf promises to never consummate the marriage against her will.

The Hound joins Arya’s group as a prisoner.  She is overjoyed.  Jon and the wildings climb the Wall.  Brienne and Jamie grow close in their imprisonment.  They are delivered to Lord Bolton.  Tyrion slides into his role as Master of Coin.  He learns the Kingdom is broke.  Tywin has two Valyrian steel swords made.  Maester Pycell tells him that the Wall is vulnerable.  Twyin brushes the matter off.  Samwell is called Slayer for killing the White Walker.  A mutiny begins and ends at Craster’s Keep.  Commander Mormont tells Sam to return to the Wall and pass his knowledge of the obsidian on to the brothers.  Mormont dies.

Clegane fights Beric in a hidden cave.  Beric dies, is resurrected and proves the rumors true.  Catelyn attends her father’s funeral with Robb.  Edmure is thrown into an arranged marriage with one of Frey’s daughters.  Davos is brought before King Stannis and is forgiven.  He expresses his distrust for Melisandre and is promoted to Hand of the King.  The Red Woman peers into the fire and the future.  Brienne and Jamie share a bath and talk of the past.  Lord Bolton tells Brienne that Tyrion is married to Sansa.  Dornishmen arrive at King’s Landing.  Prince Oberyn is sent in Prince Doran’s place.  Tyrion and Oberyn argue.  The prince demands that Gregor Clegane pay for his sins.  Tyrion is unaffected.

Bran enters the mind of his direwolf to spy on a nearby encampment.  Jon and the wildings encounter an old man.  They force Jon to murder him and he hesitates.  Ygritte does the deed instead.  Jon escapes.  Daenerys lands at the city of Yunkai wither her army.  She takes over and liberates all of the slaves.  They shout her name and call her Mother.  Arya flees the Brotherhood Without Banners and the Hound kidnaps her and carries her to safety.  Jamie heads towards home.  Brienne is left behind and forced to fight a bear.  He returns and saves her.  Robb, Catelyn, Edmure and their bannermen march towards the Twins to celebrate Edmure’s wedding.

Samwell and the wilding Gilly seek shelter.  A giant rider approaches with frozen black hands.  Sandor Clegane and Arya continue their travels.  Jon Returns to the Wall and recounts his adventures.  His wounds are treated.  Robb and company enter the Twins.  Catelyn, Lord Bolton and Robb discuss war strategies.  Arya and her partner enter the perimeter of the Twins.  The Hound stays put and she moves on to find allies.  The weeding banquet starts.  Robb is mad that his direwolf is banned from the event.  Edmure leaves with his bride and the crowd cheers.  Catelyn senses danger.  The musicians trade their instruments for crossbows and rain arrows at the guests.  Robb is killed by an assassin.  Catelyn takes a hostage.  She sends the hostage to the afterlife.  Catelyn is killed.  It was a red wedding.

The chaos overflows to the bannermen outside.  Arya heads to the castle to save her brother.  The Hound knocks her out before she becomes collateral damage.  Tyrion and Tywin converse.  The dwarf learns about the Red Wedding.  The Lannisters discuss how to handle Oberyn Martell.  Davos and King Stannis consider their next play after the Stark massacre.  The wildings clash with the Night’s Watch.  The watch succeeds and suffers heavy casualties.  Ygritte dies in Jon’s arms.  Bran and company join forces with Samwell and Gilly.  Sam tells them they were saved by the Coldhands.  Daenerys continues her conquest at the city of Meereen.

Tyrion tells Sansa about the Red Wedding and his machinations to marry her off to another knight.  Sansa is distraught.  Joffrey is poisoned at his wedding ceremony and dies.  Ser Dontos leads Sansa away from the pandemonium.  He delivers her to a boat commanded by Petyr Baelish.  Dontos is killed.  Littlefinger comforts her.  Cersei mourns her child.  Jamie returns to King’s Landing and seduces her.  Davos confronts Stannis and Melisandre.  Another battle begins and ends at the Wall.  Jon takes on the role of commander.  They kill a giant.  The Hound and Arya press on.

Tyrion is faced with another trial by combat for the murder of Joffrey.  Oberyn believes his innocence and becomes his champion.  Jamie is promoted to Lord Commander of the Kingsguard and decides to get a golden prosthetic hand made.  Petyr conceals Sansa’s identity and marries her aunt.  Her front is discovered and the matriarch offers her son’s hand in marriage.  Sansa accepts.  Jon is arrested for treason.  Oberyn subdues Gregor at the combat trial after a storm of swords.  He lets his guard down when his victory is assured.  He is killed and Tyrion is condemned to execution.  Ser Jorah is revealed a traitor and Daenerys banishes him.  Jamie gives his sword to Brienne.  She names it Oathkeeper.

Jon is sent on a suicide mission as punishment.  He mingles with Mance.  King Stannis arrives and crushes the wildings.  Arya and Sandor battle two men on her hitlist.  They win after the Hound is mortally wounded.  He begs for a mercy killing.  Arya abandons him to die alone.  The Night’s Watch prepare to vote on a new commander.  Stannis confides in Jon and makes him a proposition.  Jon says he needs time to think.  The King obliges.  Jamie visits Tyrion in prison.  Varys helps him escape.  The dwarf strangles Shae and shoots Tywin for their betrayals.  He flees.

Jon is knocked unconscious during sword practice.  He dreams.  Time passes.  He is elected the new Lord Commander.  Sansa struggles at her new home.  Petyr kisses her.  She pulls back.  Lysa witnesses the kiss and attempts to push her down the Moon Door.  Littlefinger calms her.  She says she is jealous.  Petyr pushes her.  Lysa plunges into the abyss through the Moon Door.  He frames Marillion for the crime.  A Storm of Swords ends.  The story pushes on.

0 comments on “A Storm of Swords”