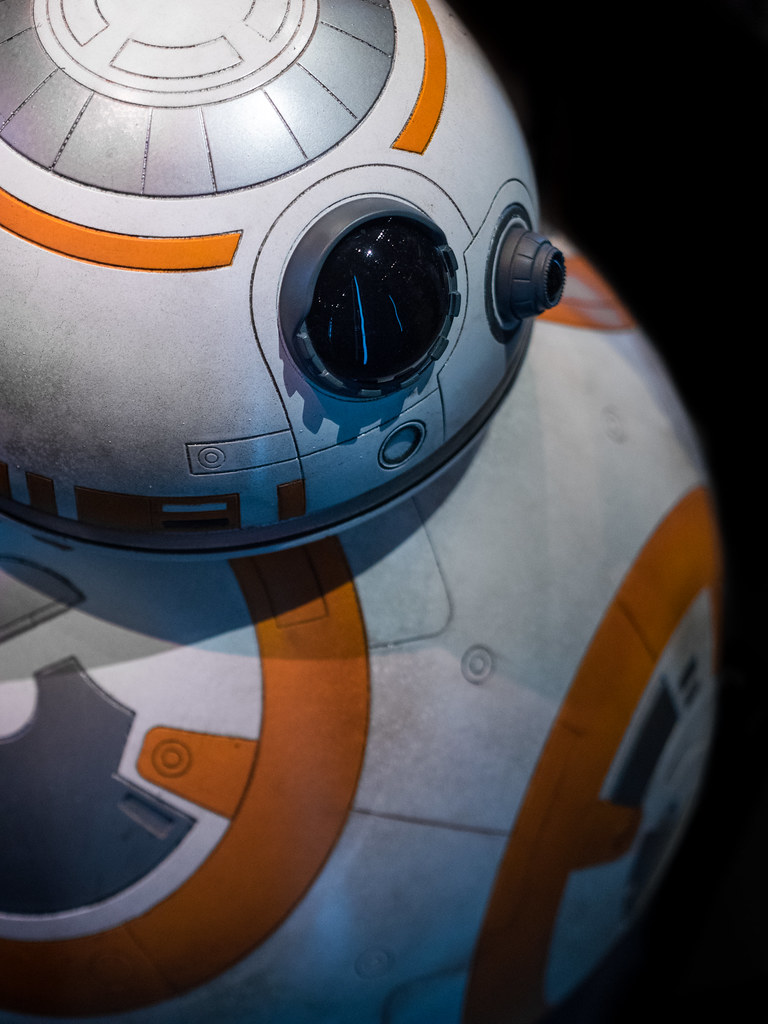 Star Wars: Episode VII – The Force Awakens (Star Wars: The Force Awakens) was directed by J. J. Abrams.  It was co-written by Lawrence Kasdan, J. J. Abrams, Michael Arndt and based off of the characters created by George Lucas.  The movie was released in 2015 and distributed by Walt Disney Studios.  Over two billion dollars were earned worldwide and it received five Academy Award nominations.  The Force Awakens is the seventh film in Star Wars saga and is set thirty years after the evens of Return of the Jedi.

Luke Skywalker is missing and the singular Jedi Master.  The First Order has replaced the fallen Galactic Empire.  The Resistance is led by General Leia Organa.  They are both searching for the lost Jedi.  Poe Dameron is dispatched to Jakku to retrieve a map of Skywalker’s location.  Kylo Ren runs interference with a group of First Order stormtroopers.  Poe gets the map.  He is shot down before he can escape.  He leaves the map with BB-8 and stays behind to assure the droid’s safety.  Ren gathers the surviving villagers in the town square.  The elder Lor San Tekka is questioned.  Big T taunts Kylo.  He is killed for his words.  Poe is captured.  The townspeople are slaughtered.

The horror disturbs the stormtrooper FN-2187.  He fails to fire a single shot and takes of his helmet and exhales.  Captain Phasma tells him to submit his blaster for inspection.  The stormtrooper understands his fate and decides to abandon his comrades.  Kylo interrogates Dameron and fails.  He uses his mind probe and succeeds.  Ren tells General Armitage Hux that a BB series droid has the map.  Rey heads to Niima Outpost to exchange salvaged scraps for food.  She heads home and eats.

Loud noises rouse Rey.  She investigates and finds BB-8 attempting to avoid capture.  The droid is saved and given directions.  BB insists that they travel together.  They do.  FN-2187 frees Poe so he can escape.  They steal a TIE fighter and fight their way to freedom.  Poe asks the trooper’s name.  He is unsatisfied with the serial number.  He renames his new friend Finn after “FN”.  They chat about the map and share pleasantries.  A missile hits their ship and sends them spiraling towards Jakku.  They eject from the fighter.  Hux sends a squadron to the crash site.

Poe and Finn are separated.  The latter finds Dameron’s jacket.  He assumes the worst and abandons his stormtrooper armor for the jacket.  Finn makes it to a desert settlement.  Rey and BB-8 are in a skirmish.  The droid recognizes the jacket and Rey chases Finn down.  He retells his story and joins the team.  The three go towards a Quadjumper.  The ship is destroyed by TIE fighters.  The triumvirate flee in the Millennium Falcon.  Rey pilots the ship and Finn fires the cannons.  The pursuers are vanquished as they progress into the cold depths of space.  Kylo is given the bad news.  The Force awakens.

A tractor beam captures the ship.  Han Solo and Chewbacca find the stowaways.  Rey and Finn say they are headed to the Resistance to deliver a map of Luke Skywalker’s location.  Chewie and Solo agree to help.  Two criminal gangs board the freighter.  Han hides Finn and Rey and greets them with Chewbacca and BB-8.  The gangs recognize the droid and a fight erupts.  Rey releases some rathtars on accident.  The distraction lets them board the Millennium Falcon and jump into hyperspace.

Supreme Leader Snoke appears before General Hux and Kylo Ren as a hologram.  Hux is granted permission to use the Starkiller to destroy the New Republic.  Ren is told that his father is in possession of the droid and the map.  The boy reaffirms that he will not be seduced by the light side of the force.  Solo views the map and tells Rey about Skywalker’s failure to rebuild the Jedi Order.  They head to Takodana to get a clean ship from Maz Kanata.  Their party is discovered sometime later and the Resistance and First Order are alerted simultaneously.  Kylo mediates with the charred helmet of his grandfather Darth Vader and admits that the light is overbearing.  He pleads for the darkness.  Silent supplication.

The battle of Takonda begins.  Maz gives Luke’s old lightsaber to Finn.  All sides exchange fire.  Ren subdues Rey in the woods.  Han witnesses his son leaving with the body.  The Resistance is victorious and Leia and Solo are reunited.  They land on D’Qar and discuss how to deal with the Starkiller pointed at their headquarters.  Rey is interrogated and uses the Force to escape.  Finn, Chewbacca and Han volunteer to disable the enemy’s shields.  Kylo senses their arrival and faces his father.  Solo lets himself perish after his son requests his help.

Rey and Finn fight Ren.  They are dispatched as the base explodes.  The force awakens within Rey and she is able to overpower Kylo.  A chasm allows Ren to escape.  The girl attends to Finn.  Chewbacca saves them with the Millennium Falcon.  The Resistance celebrates and mourns the passing of Solo.  R2-D2 combines BB-8’s map with his own to reveal Luke’s location on Ahch-To.  Finn recovers.  Rey flies to Skywalker and presents him his lightsaber.  Star Wars: Episode VII – The Force Awakens ends.