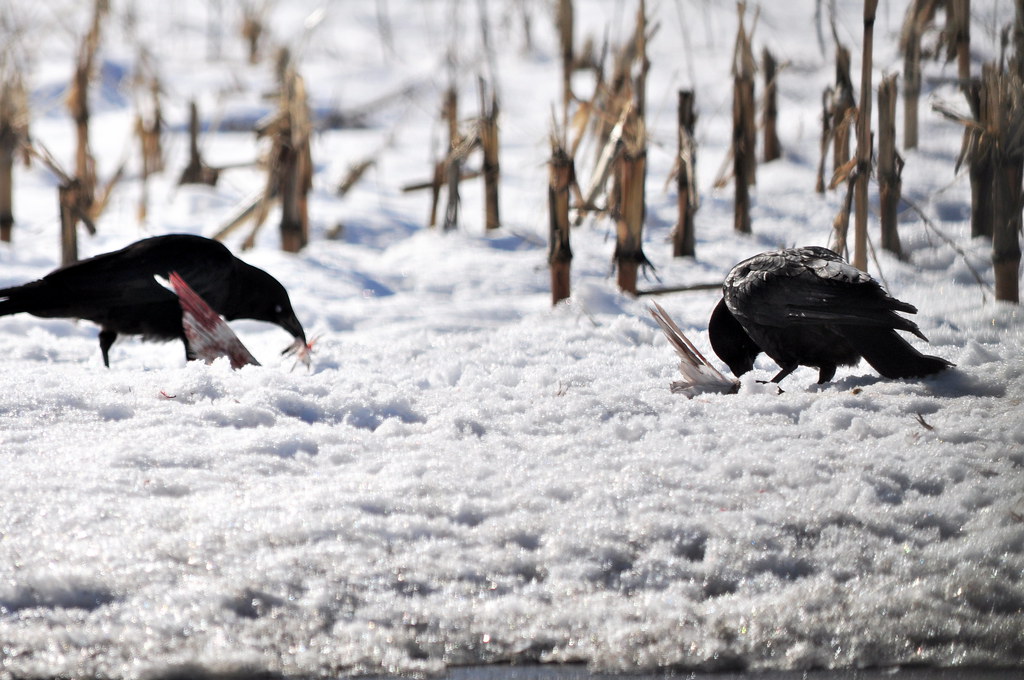 A Feast for Crows was penned by George R. R. Martin.  The novel was published in 2005 by Bantam Spectra in the United States and by Voyager Books in the United Kingdom.  It is the fourth story in the A Song of Ice and Fire saga and the follow-up to A Storm of Swords.  The book’s contents were adapted to part of the fifth season of the television series Game of Thrones. A Feast for Crows was the first in the series to debut as number one on The New York Times Best Seller list.

Joffrey’s eight-year-old brother Tommen Baratheon is the new king.  Tywin Lannister’s funeral begins in King’s Landing.  Mace Tyrell vies for the open role of Hand of the King.  He attempts to bring his uncle Garth Tyrell into the small council and Cersei Lannister rejects them both.  She wants her own uncle Kevan to become Hand.  He says he will under the condition she returns to Casterly Rock.  Cersei refuses and gives Harys Swyft the position instead.  The queen fills the rest of the council with her personal sycophants.

A Redwyne fleet sails to Dragonstone and initiates a siege.  Mace Tyrell heads south with an army.  Cersei has the High Septon murdered.  She replaces the position with the High Sparrow.  Big Sparrow promises to expediate the coronation of Tommen and wipe the crown’s debts with the church if the Faith Militant is restored.  Cersei agrees.  Grand Maester Pycelle is distraught.  The Ironborn take the Shield Islands and cut off trade routes into Oldtown.  Loras and Margaery Tyrell beg for aid.  Cersei is hesitant and promises to redirect the Redwyne fleet after the siege.

Loras takes back the castle and is injured in the process.  His grave wounds detonate his sister.  Cersei doubts Margery’s loyalty.  She frames her and unleashes the Faith of the Seven.  The scheme backfires and the High Septon arrests them both.  Kevan Lannister is elevated to Regent and Hand.  Cersei summons Jamie for defense.  The brother rebuffs the request.  Papa Tyrell heads back to save his daughter.  Aurane Waters steals Cersei’s gemstones.

Jon Snow asks Samwell Tarly to escort Maester Aemon to Oldtown to research the White Walkers (Others).  Gilly and Dareon join the mission.  Jon continues to replenish the Night’s Watch.  The Red Woman decides to burn Mance Rayder.  Aemon’s health deteriorates when they reach Braavos.  Gilly is upset her baby was swapped with Rayder’s.  The research quest stalls.  They hear whispers of Daenerys’s dragons in Qarth.  The Maester realizes that she will fulfill the prophecy.  The journey continues and Aemon dies from natural causes at sea.  His last words are to Sam.  Tarly and Gilly fall in love.  A feast for crows.

Brienne of Tarth looks for Sansa Stark.  She meets Podrick Payne and allows him to join her.  They meet the Tyrell army and add Ser Hyle Hunt to the twosome.  Bloody Mummers are slain near Crackclaw point.  She learns of Sandor Clegane’s death and his relationship with Arya Stark.  The search pivots to the younger Stark.  The trail goes cold.  They are captured by the brotherhood without banners and delivered to Lady Stoneheart who is a reanimated Catelyn Stark.  The Lady offers their release if Brienne kills Jamie.  She refuses and the they are sentenced to hang.

Jaime leaves King’s Landing to help squash the siege of Riverrun.  Winter comes when the turmoil ends.  Petyr Baelish clashes with the lords of the Vale and struggles with his newfound power.  Acerbic wit helps him turn the tides and remain Lord Protector of Robert Arryn.  Sansa falls in line as the two plot to reclaim Winterfell.  She makes a few friends and keeps a watch on Robert.  The temperature continues to drop in Westeros.

The brothers and daughter of the deceased King Balon Greyjoy fight for the Seastone Chair.  Theon Greyjoy is imprisoned by the Boltons and unable to lay his claim.  Euron Crow’s Eye is chosen after he presents his case.  Asha disappears to gain popular support.  The brothers leave to propose to Daenerys and win over her dragons.

Tensions are high in Sunspear.  The bastard daughters known as the Sand Snakes demand revenge at the Dorne capital.  Prince Doran Martell locks them away to prevent chaos.  Princess Myrcella Baratheon is injured after she is attacked in an attempt to ignite a war and force Doran’s hand.  Doran is calm and reveals his greater machinations.

Arya Stark enters the House of Black and White in Braavos.  She learns about the Many-Faced God.  She joins the guild of the Faceless Men and the religious sect.  The assassins kill for their diety and have no real identity.  The lines are blurred.  Arya’s skills sharpen and she kills without clearance.  She is blinded as punishment.  Sam arrives in Oldtown and speaks with the Archmaester Marwyn.  Big Sam gives him an update.  Big M leaves to find Daenerys.  Sam begins his studies.  He meets another apprentice named Pate.  A Feast for Crows ends.

4 comments on “A Feast for Crows”