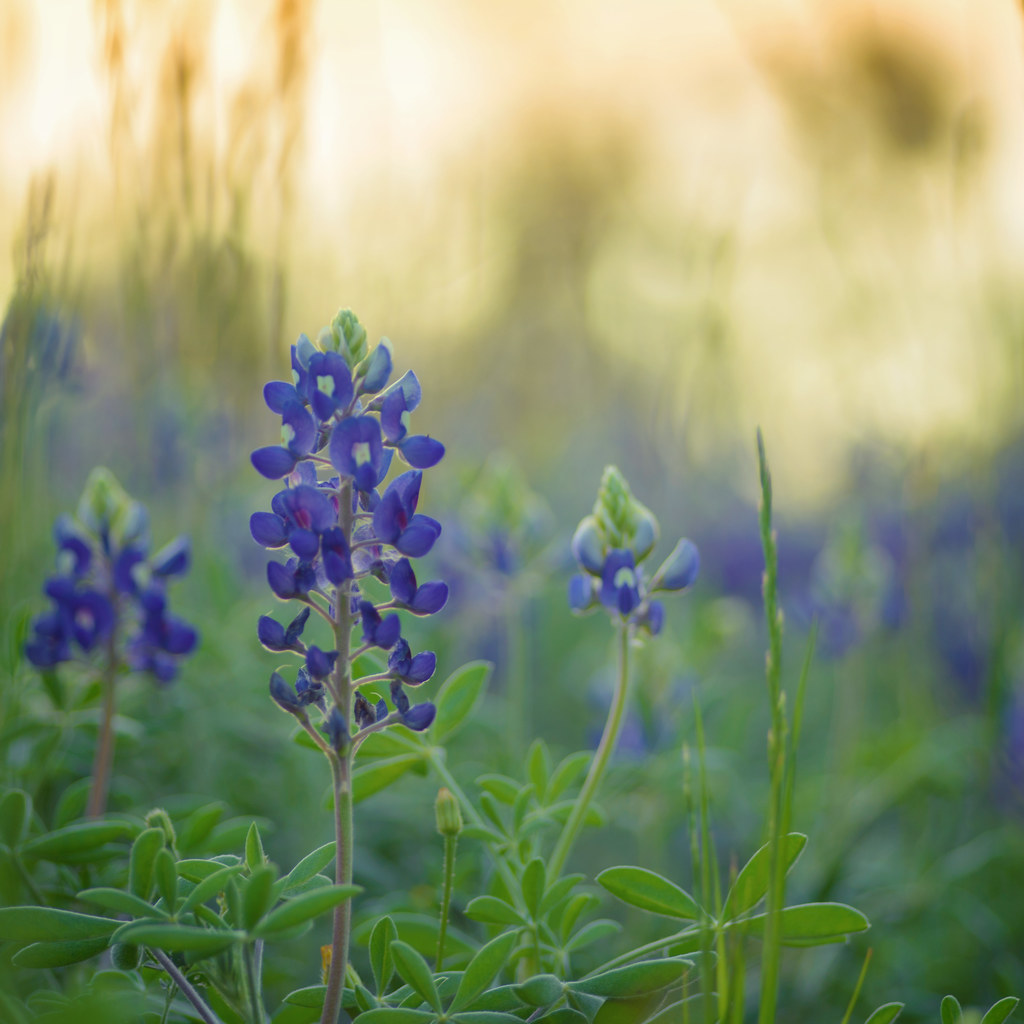 The Texas Legislature debated on potential state flowers in the spring of 1901.  One potential candidate was the cotton boll.  Cotton was everywhere in Texas back in the beginning of the century.  The future vice president of the United States John Nance Garner suggested the cactus.  The suggestion earned him the nickname Cactus Jack.  C.J. was defeated by the choice of the National Society of Colonial Dames of America in Texas.  Their pick was the bluebonnet and Lupinus subcarnosus in particular.  There was minimal debate and the bluebonnet became the official flower of Texas on March 7th.

Time passed and some of the locals disagreed with limiting the state flower to one specific species.  The Sandyland bluebonnet was considered to be the least attractive of the bunch.  They wanted Lupinus texensis.  It was the most striking and covered in the boldest shades of blue.  Congress left the issue untouched, but reached a compromise seventy years later in 1971.  The legislature solved the argument by including all derivatives of the bluebonnets and left a clause open to include any newly discovered species.

The Texas bluebonnet is a hardy blue flower that is positioned on a spike with a white terminal tip.  They cannot survive in clay-based soils that experience heavy rainfall.  The seeds can still germinate, but will eventually die before they bloom.  The best setting is a sloped area that drains well.  Full sunlight is required.

The bluebonnet height is between one to two feet.  Their optimum soil temperature for germination is between fifty-five and seventy degrees Fahrenheit.   Germination takes anywhere from two weeks to seventy-five days.  The flowers bloom in the springtime from March to May.  Sowing depth is an eighth of an inch and the average seeds per pound total thirteen thousand five hundred.  The seeding rate of the flower is thirty-five pounds per acre.  They are best displayed in hanging baskets, raised flower beds and wooden barrels.  They form naturally on hillsides, meadows and roadsides.

September and October are the best months to plant bluebonnets.  Heat is needed for germination.  Lower temperatures are necessary to develop the root structure.  The seeds come in a variety of colors.  Light tan and slate blue are the most common.  A small amount germinates during the first season after planting.  The delay is an evolutionary trait that ensures their survival during droughts and difficult growing conditions.

Bluebonnet seeds that have not been chemically treated have a twenty percent chance for success.  The treatment process is called scarification.  Scarified seeds have increased chances of germination, but still require acute care.  Over watering is a death sentence.  The soil must be fungi and pill bug free.  The Rollie Pollies are enemy number one.  Shade is enemy number two.  The seeds must be covered and raked in soil.  A simple scatter results in bird food.

The Lupinus genus of the bluebonnet is related to the Latin word for wolf, lupus.  They were once referred to as wolf flowers because it appeared they devoured the soil and did not support additional plant life.  Science progressed and learned that the flower didn’t harm the soil and rather enhanced it instead.  The natural fertilizer Rhizobium combined with the flower has the capability to produce as much nitrogen as soybeans.  Up to one hundred pounds of nitrogen per acre is possible.

The Texas naturalist Carroll Abbott teamed up with Texas Cooperative Extension horticulturists to create a statewide planting project.  Over time it grew with a multi-million dollar budget and has since ensconced the state with the wildflower.  Her original goal was to proliferate the plant and create additional bluebonnet flower colors to resemble the Texas state flag (blue, white and red).

The blue was already taken care off.  The project simply improved the seed supply.  The same happened with the rare, but available albino white bluebonnet.  The challenge was the red or pink bluebonnet.  A famous Texan botanist involved with the project had seen less than three pink plants during his lifetime.  Others had seen none at all.  The group collected white bluebonnet seeds with the hopes of finding the pinks.  A statewide search found four small patches.  It continued and somewhere in San Antonio they hit the jackpot.  The seeds were collected and introduced into the color spectrum.  The rarity and uniqueness of the pink bluebonnet was given the name of Abbot Pink in honor of the projects’ founder.  The beauty of her bluebonnet dream blooms each year.