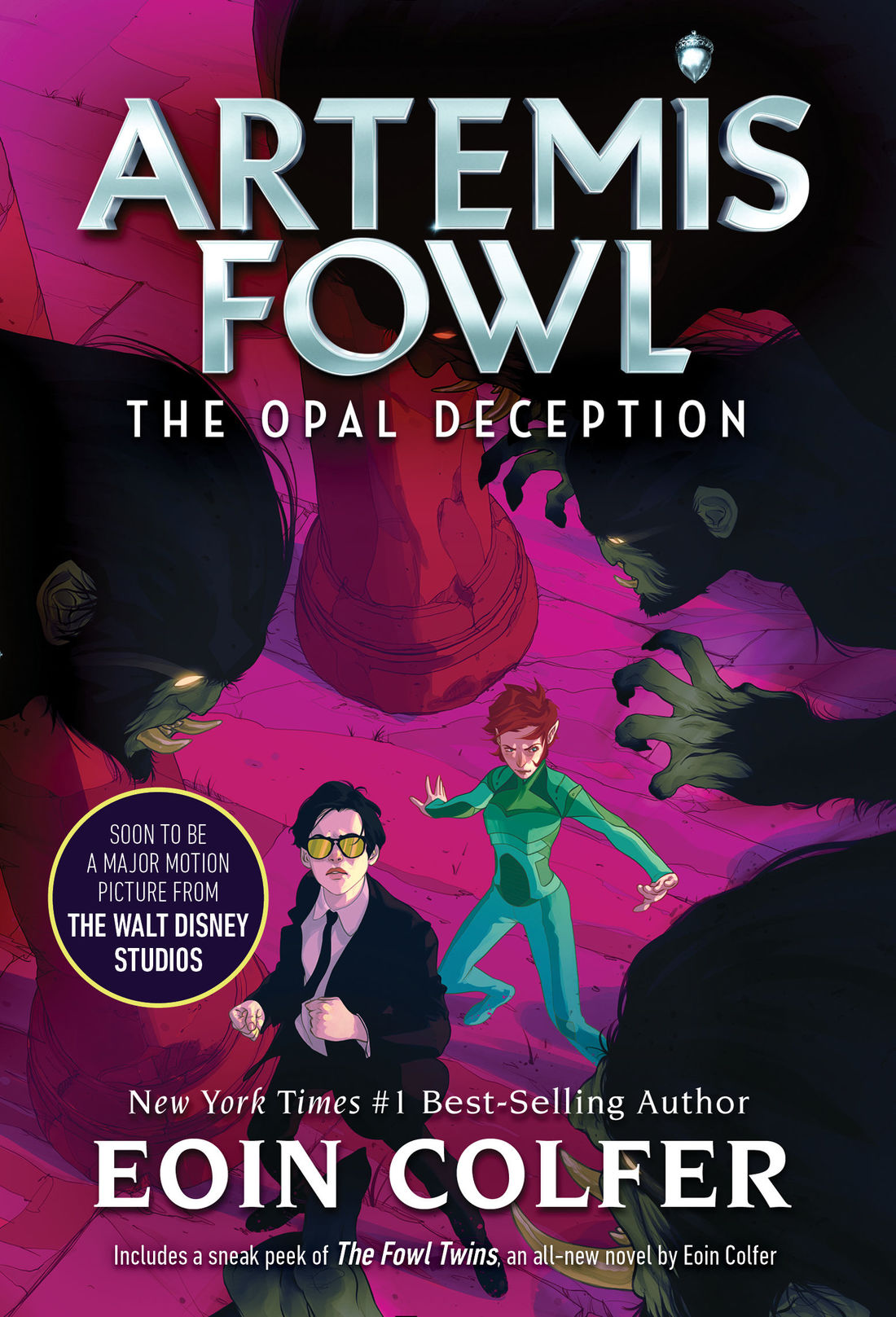 A secret code was hidden on the bottom of the cover of the book.  The American version hides a faint text that reads Opal wants revenge when deciphered.  Gnommish symbols hovered around the art of all copies that translated to DNA never lies.

The plot starts with Opal Koboi incarcerated in an asylum.  She is in a coma and closely monitored after her revolution failed.  Her medical state is self-induced for healing purposes.  The technique is rare and perfect.  The fairy twins Descant and Mervall Brill are hard at work in the asylum for their master.  Time passes.

The villain is under constant surveillance and has a DNA examination every four hours.  The fairies replace Koboi’s body with a brain-dead clone.  The switch is immaculate and Opal escapes her impossible imprisonment.  Commander Julius Root is in trouble.  Captain Holly Short has a chance to save her boss.  She shoots at a bomb vest on the commander with impeccable aim.  The explosive is detonated in the end and the good guys have no audio.  Everything goes silent.  Holly is framed.

Short flees and seeks the boy genius above ground.  Artemis Fowl and the Opal Deception begins.  Opal launches a bio-bomb at the fourteen-year-old.  The situation is grave.  Fowl is brave, but lost his memories.  He is back to his old ways and carrying out a heist in Switzerland.  The bio-bomb approaches its target and Butler intervenes.  The bodyguard leaps with his master from the third floor of a hotel and uses a mattress to break the fall.  Artemis is injured and Domovoi loses consciousness.

Holly fails to catch up to her old friend and realizes her actions are furthering the suspicion against her.  A second bio-bomb ignites.  She uses her helmet to suppress the damage.  The impact sends her near Fowl.  The vitals sent to the command center are obscured and she is assumed dead.  Holly heals Artemis and they head to a local safe house called a Cham Pod.

The healing process fails to revive the boy’s memories, but he agrees to help for fairy gold.  Classic Artemis.  He leaves a message for Butler at the Fowl Manor.  Opal blows up the Cham Pod before he can finish the transmission and the duo is captured.  His cell phone is still connected.  A glimmer of hope is formed.  Koboi relocates them to the Eleven Wonders Theme Park.

The park is infested with trolls.  Opal sprays the detained good guys with troll pheromones and lets them lose.  The beasts descend and prepare to eat them.  Visceral tension blooms.  Mulch Diggums and Short arrive at Fowl Manor and restore Butler’s memories.  The mismatched trio leaves.  They land on the scene and save their companions.  Artemis recognizes Short as a friend and decides that the fairy gold is unnecessary.  Their common enemy in Koboi is enough motivation.

The disc is presented and the memories return.  Artemis is succumbed with guilt.  He apologizes to Short.  Everyone breathes and plots to stop Opal.  Her own plot involves the Italian billionaire, Giovanni Zito.  Koboi casts a mesmerising spell and convinces him that she is his adopted daughter Belinda Zito.  The revelation could start an inter-species war that will cause a fairy genocide at the hands of the humans.  Foaly catches wind of the scheme and convinces the upper council to send a supersonic attack ship to check on Holly.

Opal launches her plot of destruction and is stopped by Artemis at the last minute.  Torpedoes are fired and diverted by the attack ship.  The immediate crisis is averted.  The tension is focused on the good guys and Holly.  She is given a second chance when the attack orders are disobeyed.  Koboi escapes.

The villain is tracked above ground and captured and held at the Lower Elements city Atlantis.  Opal’s magic is unusable after removing a necessary organ.  Descant and Mervall are left on their own and taken into custody.  Root’s replacement refuses to believe that Holly is innocent and ignores her previous servitude to the force.  She is eventually cleared of all charges.  Frustration is evident after Short is unable to pay her respects to Root.  Holly resigns.

Mulch is acquitted of his misdeeds and forms a private detective agency with Short.  Fowl regains his soul and develops a correspondence with Holly.  He donates the artwork he stole from Switzerland at the beginning of the novel.  The Fairy Thief painting is received by the Louvre Museum.  The masterpiece might have been faked.  You can take the memories from the genius.  You cannot take the genius from the boy.  Artemis Fowl and the Opal Deception ends.

0 comments on “Artemis Fowl and the Opal Deception”